It’s the town where Dr Marten’s first made their mark, and Oliver Cromwell got his marching boots, British Future’s Rachael Jolley returns to Britain’s shoe town Northampton to trace her family history in the trade.

Shiny shoes were big in the Jolley family. On Sunday evenings my dad used to get out all the family’s shoes and make sure they were in tip-top glowing shape for the week ahead. Shoes were big in the family bloodline, on both my mum and dad’s side. They grew up a few streets away from each other in an area of Northampton called Semilong where a lot of people who worked in the shoe trade lived. You could say shoes brought them together. 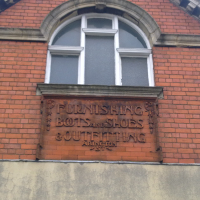 An old shoe factory in Northampton

Both families have shoes marching through their histories. My sister has spent a couple of years researching the family’s history, in the hope of finding an exciting story of one that got away. Once a couple moved down the road to Daventry (“it was lovely there when I was growing up”, my mum tells me). But it wasn’t long before they were back from the heady world of Daventry, recorded in the next census, back in the city limits.

On my dad’s side we have found shoelace makers and shoebox makers, on my mum’s the heady heights of clickers, the prestigious top of the shoe-making world. Being a clipper was like being top of the class, you were the ones who cut out the pattern of leather by hand, it was, and is, a special skill. Both Uncle Horace and Uncle Stan were clickers, I have just discovered.

I only lived in Northampton as a small child, we used to pop back to visit the extended family and pick up huge cartoons of ice cream from Gallone’s, the local ice cream maker, because obviously nobody could make ice cream where we lived in Bristol. 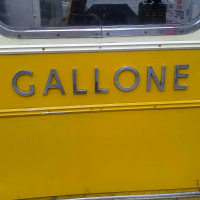 But as a family we travelled the world in the cause of shoes, as my dad moved from working in factories in Bristol, to a company in Pittsburgh, USA, and went off on trips to buy leather in Brazil and Spain.

Sometimes he came back stocked up on samples, which luckily seemed to fit me. I was the only person in my school with gold shiny sci-fi style boots, and obviously the only one with style. I already stood out from the American crowd due to my British accent, so stunning boots just added to the outsider quality.

To understand more about my family history, and the history of shoes in Northampton, I headed off to Northampton’s Museum (of Shoes) where expert Rebecca Shawcross filled me in on tales of sexy shoes, and how Kinky Boots kicked up a revival in Northampton’s shoe trade, as well as enlightening me about the ins and outs of the various shoe jobs.

Famously Oliver Cromwell ordered boots for his men from Northampton, but never paid for them. Northampton shoe makers also made millions of boots for soldiers in WWI and WWII, and Northamptonshire develops special waterprooof boots for Hilary’s successful expedition up Mount Everest.

It feels as if Northampton’s shoes turn up in almost every big moment of British history, as well as every generation of Jolley family history.

Watch a video of Rachael’s trip back to Northampton: