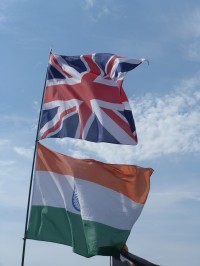 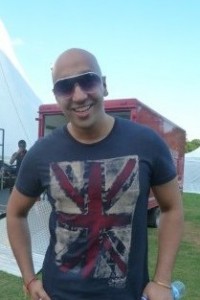 Londoners remained in high spirits on the weekend after the Olympic closing ceremony at the 10th annual London Mela, an Asian cultural festival held in Ealing, West London. So what had London 2012 meant to those attending the Mela?

Omar Karim, aged 30 from Acton, who was sporting London 2012 and Team GB colours, expressed his pride and excitement at his city of birth hosting the games. Richard Arjune, aged 27 from Ealing, said: “I wish London could host the Olympics again soon” and that it was a “fantastic event” that made him “very happy”.

Those who had come to Britain were also impressed with the games. Sinar Ghataura, a Punjabi student from Leamington Spa, who moved to Britain from Kenya seven years ago said “I feel Kenyan, British, then Indian” and that the Olympics made him feel “more British”.

Apurva Tewar, a car insurance salesman living in Hounslow, echoed this sentiment, saying that “after living here for eight years, I feel Indian, but also British”. He said “the Olympics were wonderful” and he was “extremely proud of living in London and feeling a part of this once in a lifetime opportunity”.

However, not everyone was as enthusiastic about the games. Farzana Miah aged 18 from Hanwell, who is of Bangladeshi origin, said that she “hardly watched any of the Olympics” and found the opening ceremony “alright”, though the overall event did make her feel “more British” as she had supported Team GB over the Bangladeshi Olympic team.

Despite this support for the London Olympics, there were very few Olympic competitors from British Asian backgrounds. In fact, only two out of the 556 competitors in Team GB were of British Asian origin, with badminton star Rajiv Ouseph and the Team GB and Swansea City footballer Neil Taylor, whose mother was born in Calcutta, being rare exceptions. By contrast, there was once again a strong black British presence in Team GB.

Here, Farzana Miah was more optimistic, saying that she felt that Olympic opportunities were open to all Britons: “it’s not like this country is racist, but it just depends on talent”.

Persia Pashakhan, aged 18, from Acton, said that “I think they should be able to be represented in Team GB, but Asian-origin people don’t always get included in British identity”.

Tommy Sandhu, a BBC radio presenter and host of the London Mela, said that the reason for the seeming lack of representation is multi-layered, also being an issue in other sports like football, and that it is an issue of nature versus nurture. “The British Asians that first emigrated here came to make money, so they have raised their children to be professionals and do the same. Now that British Asians have made their money, the old system will run out and [more representation] will happen”. He says that he is already thinking about encouraging his 10-week-old baby to train in basketball and cricket by encouraging the development of his talents.

Sandhu said that there will be more British Asians competing as part of Team GB in the future “without a doubt, as there’s too much talent waiting to be tapped into”. He was confident that British Asians would be among those to respond to the London 2012 call to “inspire a generation”.

Binita Mehta is an intern at British Future