What Bond’s Skyfall tells us about Britain: A review

With a strong theme of old versus new, the latest James Bond epic, which premiers tonight, tells an interesting story about Britain today, writes Georgia Hussey.

Skyfall’s plot sees Bond fighting a cyberterrorist attack against the MI6, making the tussle in the film between the old school Bond of espionage and Empire and the modern-day Internet age. Through this, what emerges is a similar story of Britain we saw in Danny Boyle’s Olympic ceremony: of a country able to celebrate its past, but also able to laugh at its traditional quirks and embrace the modern. 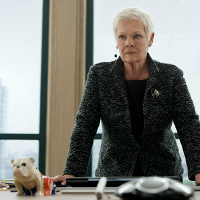 With a comical reappearance of Bond’s classic Aston Martin (complete with passenger eject button), and jokes about M’s Union Jack British Bulldog paperweight, Skyfall is the perfect celebration of 50 years of a very British institution. And with the relationship between Bond and M coming into focus in the film, all that was lacking was Daniel Craig and Judi Dench tandem-parachuting into an Olympic stadium.

But the film does come to a more serous note, where Dench’s M quotes from Tennyson’s Ulysses. She reads:

“Tho’ much is taken, much abides; and though
We are not now that strength which in old days
Moved earth and heaven; that which we are, we are;
One equal temper of heroic hearts,
Made weak by time and fate, but strong in will
To strive, to seek, to find, and not to yield.”

Its hard not to see this as a quite poignant message about modern day Britain. Just as in the 2012 Olympics, what we can see is a post-Empire, post-recession Britain stating its new place in the world; Skyfall describes a Britain comfortable enough to look at its past, to celebrate its good bits, and laugh at itself – just as Danny Boyle did in the opening ceremony. It’s a story of a Britain united, made strong by its past, and proud of where it is today.