Our schools must teach British values, for Britain’s sake

The debate about teaching British values in schools is timely. As Scottish nationalists close in on their date with destiny and Eurosceptics pave the way for a referendum of their own, Britain’s two unions are under pressure as never before. Supporters of both or either must recognise that no political body, no matter how rationally constructed, can survive without a soul, writes Henry Hill. 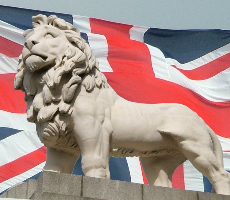 The debate which flared up recently about whether or not to teach British values in schools is not a new one. In fact it is perhaps as old as the very concept of ‘education’, which certainly did not originally evolve as the impartial transmission of knowledge. As a postgraduate history student I was party to debates about the broader political and cultural ramifications of teaching my subject in schools.

Yet said flaring has come at a very good time, for recent events are highlighting the importance of using schools to inculcate common values very clearly indeed. The events in question are the upcoming plebiscites – one certain, one seemingly inevitable – that will decide the fates of Britain’s two unions, British and European.

What does education policy have to do with these matters? Put simply, the teaching of common values is a vital part of ensuring that a state has a ‘people’ – that its citizens feel that they have a common, fundamental bond with each other.

I believe that this is vitally necessary to the long-term health of any state, and that it is because of the weakened (or non-existent) condition of the British and European demoi that their attendant states/super-states are under threat.

You might not pick this up from a quick scan of the debate, however. Both the pro-EU case and the pro-UK ‘Better Together’ campaign have taken to couching their arguments almost exclusively in dry, rationalist terms. In both instances it was judged that an emotional, identity-based campaign would be counter-productive. For Europe, for whom few today harbour actual affection, that makes perfect sense. It should – and does – trouble supporters of the British union that their campaign reached the same conclusion.

The rationalists view the case for each in mechanical, utilitarian terms: each union overcomes divisions to allow more people to work together to maximise good outcomes. There’s very little by way of emotional engagement, and in some quarters little understanding of the emotional dimension in evidence at all. Writing in the Telegraph, Dan Hodges says that:

“There is a Right-wing strand of English Unionism that also cares passionately about the Union. The fact this constituency uses diametrically opposed arguments when debating union with Scotland and union with the EU is incidental. Again they care.”

The fact that these people advance opposing arguments to attack the EU and defend the UK appears to puzzle Hodges, but the answer is very simple: the people advancing them feel British in a way that they do not feel European. At root their support for Britain stems from their self-identity – hearts, not minds.

Even if all of the very real problems with the EU’s modus operandi and governing machinery were to be fixed, many of these people would still view the EU as fundamentally illegitimate in democratic terms because they are being ruled by the votes of ‘outsiders’. It’s not often at British Future that we have cause to write this, but Enoch Powell actually summed it up very well:

“Europe cannot be a democracy, for there is no European demos.”

You can see the same arguments advanced by Scottish and Welsh nationalists demanding the break-up of the UK, and also from supporters of devolution. In both cases their preferred outcomes are remedy to the fact that the smaller Home Nations suffer ‘English rule’ under a united parliament.

Without Britishness, i.e. the sense of common feeling between all the citizens of this kingdom that legitimises collective government, any decision taken by the British people collectively can be cast as an ‘English’ decision because the English are in the majority.

Not everybody believes that a demos, this sense of ‘x-ness’, is necessary or even useful. Writing in the Times David Aaronovitch provides an arch-rationalist case (£) for the Austro-Hungarian Empire. He posits that:

“Its government was seen as lacking legitimacy in the eyes of its component nationalities, or at least in the eyes of nationalist politicians. But its dismantling was a disaster for Europe. In no way other than administrative simplicity were the countries that replaced the empire superior in offering security, democracy or justice to their citizens.”

As it happens I share Aaronovitch’s fondness for the cosmopolitan ideal of the Empire, even if the reality of it is disputed. But surely the lesson of Austria-Hungary is how incredibly fragile a state based on regulating the competing interests of more coherent, more ‘legitimate’ sub-groups actually is.

Despite holding together in the good times, when times are hard and people are falling back to looking out for their own, such flimsy units have a tendency to fall to pieces. The history of the Balkans since 1918 provides ample evidence of that. Indeed the 20th century is littered with examples of multi-national states falling apart under localist pressure, from Austria-Hungary and the Ottoman Empire to the USSR and Yugoslavia by way of the British Raj.

This does not mean that cosmopolitan, multi-ethnic states are impossible. But the lesson of history is that if it intends to depend on the consent of its subjects, a successful state must foster bonds of common loyalty between all of them. There has to be something for the heart, as well as the head.

The failure to foster, despite repeated attempts, a strong sense of European identity means that resentments fester between members that do not exist between, for example, the states of the US. Closer to home, an inability to define and unwillingness to articulate a common Britishness in the latter half of the last century has led this country to its present, fragmented condition.

For the UK, at least, this need not be the case. Research conducted by British Future discovered very strong public support for teaching British values in our schools. Respondents believed that teaching what we have in common can help to bridge the gaps not just between the Home Nations, but the variety of ethnicities and cultures found in modern British classrooms. We also found a strong indication of what these values should be: respect for the law, free speech, private property and democracy topped our list of options.

The long-term future of the UK will not be secured by a ‘No’ vote in September: such is the present debate that such a vote will for many have been a simple economic calculation. Teaching British values in schools – whatever we decide they are – is an important step towards defining and strengthening our common, British identity.

We should take it. After all, without a demos a country’s constitution is like a body in a vegetative state – alive, but scarcely living.