Who will win the race for representation in 2017?

The Labour Party has historically enjoyed a lead over its Conservative rivals on diversity, with more ethnic minority MPs sitting on their side of the House of Commons since the first black and Asian MPs of the post-war era entered parliament in 1987. New research suggests that this may be about to change, writes Sunder Katwala. 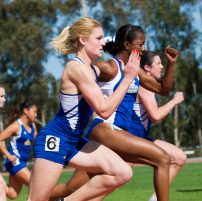 Next month’s General Election will see a neck-and-neck race between the Conservative and Labour parties to become the party with the most ethnic minority MPs in the new House of Commons.

If Theresa May secures the type of landslide, three-figure majority suggested by the opinion polls, British Future’s research projects that she would be on course to achieve that symbolic overturning of the left’s historic claim to leadership in this area.

If the parties win the constituencies where they start the short campaign as betting favourites, that would return 22 ethnic minority Conservatives (+5) and 21 non-white Labour MPs (-2), as well as one Scottish Asian SNP MP.

That would reverse the standings from the Parliament that was dissolved last week, in which Labour had 23 ethnic minority  MPs to the Conservatives’ 17. The final totals will depend on the scale of the government’s majority, and several constituency races that are too close to call with any confidence. And the race for representation will be tight: the research shows that the General Election appears on course to return 21 or 22 non-white Conservative MPs, with Labour likely to end up somewhere in the range between 18 and 22 ethnic minority MPs.

Whichever party edges ahead on election night, this close-run race captures an under-appreciated story of British integration. It is exactly thirty years since the historic breakthrough of 1987, when a June General Election returned four non-white MPs.

There has been a ten-fold increase since 1987, but most of that advance came in a rapid burst of progress in just the last seven years, with the rise from 15 to 27 non-white MPs in 2010 and again from 27 to 41 in 2015. The 2017 election will lock in that progress but looks set to disappoint those hoping for a further step change. The House of Commons will remain less diverse than the nation it represents, one in which around 10% of the electorate – though about 20% of first-time voters – is from an ethnic minority.

British Future estimates that there will be a total of between 40 to 45 non-white MPs in the next House of Commons. There are three main reasons why the total looks sets to either stay steady or rise much more gradually this time around.

Firstly, a short two-year parliament has seen fewer retirements. On average, sixty to eighty MPs choose not to stand again at the end of a full Parliament, but the rate has been halved this time. Just twelve Conservatives and fourteen Labour MPs are standing down: the parties have chosen five ethnic minority candidates between them in those 26 seats, while all of the retirees are white. So there would almost certainly be more ethnic minority candidates defending safe seats had there been the usual number of retirements.

Secondly, Labour appears unlikely to contribute to a 2017 advance in Commons diversity, for the first time in 30 years. The party has again selected a strong share of ethnic minority candidates: the simple political problem for Labour is that none of its General Election target seats look winnable this time around. If Labour could stand still by keeping its current seats, its tally of non-white MPs would rise from 23 to 26, after selections of minority candidates in three of the 14 Labour retirement seats. Yet this trio of new candidates all face challenging constituency races. Labour are the underdogs in Birmingham Edgbaston and Wolverhampton South-West. Tan Dhesi, defending a 7,336 majority in Slough, has the best chance of making it to the Commons.

In a scenario where the Labour Party did make significant gains in this election, they would expect to return around a dozen more new ethnic minority MPs to help them over the winning line of 326 House of Commons seats. So we project a majority Labour government would have around 38 ethnic minority MPs on the green benches, more than one in ten of the whole group. While the polls suggest this scenario is highly unlikely, the hypothesis does show that a more competitive opposition party would be likely to substantially increase the diversity of a future parliament.

Six of the twenty-three current ethnic minority Labour MPs face a tough re-election race this year, with at least three considered more likely to be unseated than re-elected. Both Rupa Huq in Ealing Central and Acton and Tulip Siddiq in Hampstead and Kilburn are certainly underdogs, defending London seats near the top of the Conservative target list. In Bristol West, Thangham Debbonaire is given a one-in-three re-election chance by the bookmakers, though the unique dynamics of a Labour-Green-LibDem marginal make the outcome especially hard to predict. Rosena Allin-Khan in Tooting and Clive Lewis in Norwich South will face considerable Conservative challenges, but start as narrow favourites to hold on. Valerie Vaz has a larger majority in Walsall South but the clear Conservative lead in Walsall in the West Midlands Mayoral contest means it looks like a knife-edge constituency. But Labour will return a substantial group: sixteen ethnic minority MPs hold majorities over 10,000 and would probably survive an electoral cataclysm where the party lost over half of its seats and was reduced to a rump of 100 MPs.

The 2017 election will, however, see the Conservatives  lock-in their recent progress. Seventeen ethnic minority Conservative MPs are running again as near-certainties to return. Kemi Badenoch’s selection in Saffron Walden, and Bim Alofami being the choice to replace Peter Lilley in Hitchen and Harpenden, again shows that Tory associations are willing to select black candidates across the counties and shires of deepest England.

The Conservative Party across the 2015 and 2017 cycles follows a pattern of being more likely to select ethnic minority candidates in safe seats than in marginals. There are just three non-white candidates selected to contest the seventy-five opposition seats most vulnerable to Conservative challenge. Paul Uppal is strong favourite to regain the Wolverhampton South-West seat he narrowly lost to Labour in 2015, while Reshema Kotecha takes on a larger 4,500 Labour majority in Coventry north-west. Oldham East and Saddleworth ranks 63rdon the Conservative target list by 2015 majority, so would be expected to remain Labour unless the Conservative majority was well into triple figures, but Ladbrokes cite local solicitor Kashaf Ali the initial favourite to overturn a 6,000 majority.

The Conservative progress in 2017 is primarily a reflection of the party’s overall political dominance. Labour would still have almost as many ethnic minority MPs even if the Conservatives had double the number of MPs overall. But the 2017 election shows just how important it was for ethnic diversity to break out across the party spectrum over the last decade to insulate progress on diversity in parliament from the swing of the political pendulum. The Liberal Democrats are again likely to make no progress on ethnic diversity – a factor exacerbated by the snap election leading many defeated MPs to stand again, given that the party’s 57 strong group of MPs before 2015 was entirely white.

Whichever party edges ahead on ethnic minority representation, it is welcome that the orthodoxies of the ‘70s, ‘80s and ‘90s on this aspect of politics have been overturned. Progress was so slow for two decades after 1987 because the politics of ethnic diversity got bunkered in by two narrow, prevailing assumptions: firstly that this was an agenda for the left not the right; and secondly that ‘ethnic faces for ethnic voters’ was the route to electoral success for minority candidates.  The first Conservative Asian MP was elected back in 1895 but it took nearly a century to elect a second in 1992, and a third in 2005. Too many on selection committees in both parties believed for too long that voters outside of highly diverse inner city seats were probably ‘not ready’ for a non-white candidate. This prejudice about voters was reinforced for another generation by an unfounded, political-class mythology and misunderstanding of John Taylor’s high-profile defeat in Cheltenham in 1992 – an idea decisively rejected by constituency associations and voters since 2010.

We now know that British voters are much more interested in party colours than the skin colour of their candidates. That also means the assumption that selecting ethnic minority MPs was the key to winning ethnic minority votes was always rather simplistic and lazy. The best case for caring about ethnic diversity in politics is not, in a representative democracy, that parliament needs to be an exact demographic microcosm of every group in society. Rather, it is that the meritocratic principle of ‘fair chances and no unfair barriers’ should lead to powerful institutions like Parliament attracting talent from across the society we now are.  If that doesn’t happen, or gets stuck, the barriers and hurdles will need more attention.

The May administration should offer its own account of how a One Nation politics of meritocracy should animate a centre-right push to promote equal opportunity, tackle racial discrimination and promote integration. This new Parliament has the task of shaping post-Brexit Britain: how our society will show that it rewards effort and talent from every class, colour and creed should be high up on that agenda.

‘Chance of winning’ figures based on current betting odds 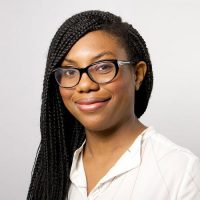 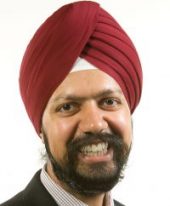