Immigration statistics: a one-size-fits-all approach is not up to the task ahead

New immigration figures today from the Office for National Statistic show net migration at 273,000 for the year to September 2016, down 49,000 on the previous year.

“Today’s figures show a fall in net migration. But they also show why Brexit means the immigration debate will have to move on.

“A one-size-fits-all approach to immigration can’t help us make the post-Brexit choices that the Government and the public now face.

“Brexit will mean changes to immigration policy, with competing pressures on what happens next. Most of the public would keep student and skilled migration at about the same level, but would like to reduce low-skilled migration. But many businesses are worried about who will do those jobs in food packing and hospitality.

“David Davis’s recent comments are a helpful reminder that having UK control over immigration doesn’t settle the issue over what to keep or reduce. That debate is only just starting. Treating all immigration the same in our migration targets looks increasingly irrelevant to the choices ahead.” 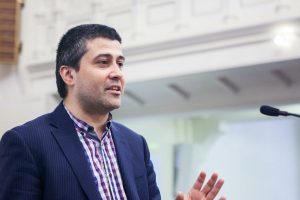