Children in Derby learned about soldiers from different ethnic and faith backgrounds who fought for Britain in the First World War, at a Remember Together workshop at Derby Museum and Gallery.

They then made a wreath of giant remembrance poppies, each one featuring the image of a soldiers from across the Commonwealth, which will be presented at the local remembrance service in Derby on Remembrance Sunday.

Those soldiers included Dave Gallaher, a soldier from New Zealand who captained the All Blacks rugby team before signing up to fight. He was killed at Passchendale in 1917. They also learned about Khudadad Khan, a Muslim soldier from what is now Pakistan, who was awarded the Victoria Cross for bravery in 1914 after single-handedly holding off the enemy from his machine-gun emplacement when all his comrades had been killed. Here are the top 25 best pieces of survival gear currently on the market! Essential survival gear, ideal for all wilderness survival enthusiasts, camping, bushcraft. See more ideas about Best survival gear on Rotorm.com – See the latest survival gear and prepper tools that can help during an urban emergency or disaster in a major city. Learn more about the items people are using to prepare for natural disasters or emergency situations and find out what works best for each situation.

“Making poppies is a really great way of engaging children because it’s using the arts and craft to celebrate something that is really important in history.

The event was part of Remember Together, a new initiative from British Future and the Royal British Legion as part of its Thank You campaign. Remember Together seeks to bring people from different backgrounds together through the remembrance of WW1 history that we all share. 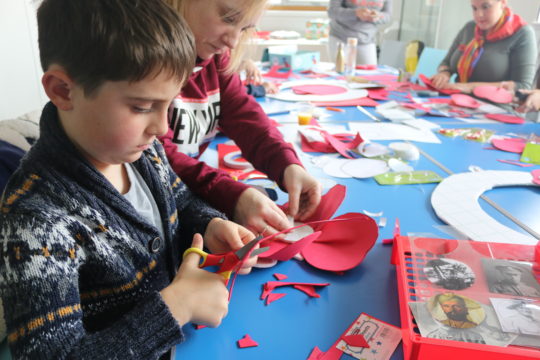