Following on from British Future’s 2012 report, The Melting Pot Generation: How Britain became more relaxed on race, which showed that concern about mixed race relationships has fallen from 50% in the 80s to just 15% in 2012, with only one in 20 aged 18 to 24 thinking it’s now an issue, we asked Loughborouogh University undergraduate Sarah Cottam what her and her contemporaries currently think about the issue. Far from viewing interracial marriage as a concern, they view it as a source of celebration, explains Sarah Cottam. 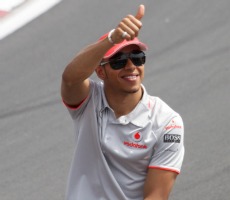 In my opinion, growing up with an insight into two cultures is something to be proud of. Many children who can grow up to be bilingual, with roots in more than one country, gather a far better insight into the culture of both of those countries than they could ever gain from a holiday, which is something that I would love to have experienced. Being bilingual is also a skill that would have been particularly beneficial at school. When most students struggled to learn the basics of a new language, many of my friends could already converse fully as they switched between languages from home to school.

At the same time, in the media we now see positive role models from mixed race backgrounds, such as Jessica Ennis and Lewis Hamilton. The rise of these mixed race icons has helped to quash any notions of “racial hierarchy”. On top of their promotion in the media, being a student at Loughborough University has further highlighted such icons to other students and myself due to the university’s sporting links.

We are also a very engaged generation. We grow up in a very racially diverse country and, with higher attendance rates at university than in the past, are a well-educated group. This means we are becoming more knowledgeable about the history of racial segregation and fascism, highlighting how socially unacceptable such prejudices are in modern Britain. If certain prejudices are being passed on from generation to generation, 18 to 25s are particularly freethinking and questioning of these.

For these reasons it would appear abnormal for mixed marriages to be socially unacceptable. Equal opportunity regardless of race, disability or any other such factor has been continuously drummed into our generation from a young age.

This view was echoed by other people I know when I posed the question to them. Here are a few such opinions:

“Our country is becoming more and more ethnically diverse, so we’ve grown up around an ever increasing variety of races, so we consider it to be normal.” Tom, 21, Loughborough University

“I think that 18 to 25 year olds are the most relaxed generation ever on attitudes to race and mixed marriage because they have grown up in an environment where there is less stigma surrounding the issue than in previous generations. Most will probably know someone of mixed race and so the thought of mixed race marriage does not seem unusual.” Ellie, 20, Lancaster University

“18 to 25 year olds are the ones who have been at the centre of racially changing towns. Mixed marriage is a phenomenon that has not only been widely advertised, but also the knowledge of it seems more acceptable to this cohort because of the forgotten traditions that lie with first generation citizens. Religion seems now more a matter of choice, with less people being born into a religion and in a sense forced to continue with it. From that, I feel this has meant the younger generation have been left to devise their own religion and guide themselves, which in turn means most are more accepting of mixed marriages.” Fran, 19, Loughborough University

“In my opinion, our generation is one which has most felt the impact of the multicultural society we live in. From a young age we mix with many different people of different races. It’s no longer a time of us and them as it once was.” Yaz, 22, Loughborough University

Sarah Cottam is a student at Loughborough University and a regular Next Generation blogger for British Future.