Almost four-fifths of the public want schools to draw lessons from the shared history of British and Commonwealth forces in the first world war to teach British values and promote integration. A new poll, conducted by ICM on behalf of British Future, shows 79% of the public agree that we should “Teach integration and British values using our shared First World War history.” 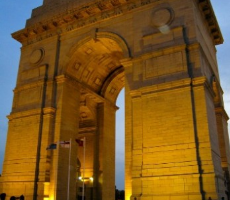 An overwhelming majority, 87%, support the idea of teaching British values in schools, against only 13% who oppose the measure. However, they are much less sure that we have a clear, commonly-held view of what those values are. Just under half (49%) of people overall believe that we have a clear sense of values regardless of race or religion, but 43% disagree.

Despite this, more than half (55%) of non-white voters believe that people in Britain do share a common set of British values, against only 33% who disagree.

When asked what British values are, the most-chosen answers from all respondents were: respect for the law (69%); respect for free speech (66%); democracy (64%); respect for private property (62%); and equality between men and women (61%).

The history of the Great War offers a clear way to explore and explain British values to future generations – and to boost integration too. More than 1.5 million soldiers from today’s Commonwealth fought for Britain in 1914. This includes more than a million from the undivided India that included today’s Pakistan, Bangladesh and Burma, as well as troops from Canada, Australia, New Zealand, the West Indies and Africa.

However, there are few in Britain who are fully aware of this shared history: British Future’s 2013 report “Do Mention the War” revealed that only 44% of people are even aware that any Indian troops fought alongside Britain at all. Our new poll shows that 79% of people agree that making this Commonwealth contribution more widely known would help to boost integration and foster common values in the multi-ethnic classrooms of modern Britain. Only 5% of respondents believed that teaching the war and the Empire would damage that process.

“Children should know about Britain’s history, including the history of Empire. Perhaps we have shied away from this topic in the past for fear it would be divisive in today’s multi-ethnic classrooms. But our research shows that only a handful of people think this.

“Teaching kids about the Empire helps explain why their classroom looks like it does today. Soldiers from across that Empire fought alongside British troops in 1914. Their descendants are now British citizens living in towns and cities across the UK.

“The multi-ethnic army that fought in 1914 looks much more like the Britain of today than that of a hundred years ago. It’s this shared past that explains how Britain has become the country we are now.

“People see the first world war centenary as a chance for children to learn their country’s history. We believe it could also improve integration and help develop a sense of British values that we all share.”