UK should protect all girls at risk of FGM

A year ago, I was angry. Female genital mutilation (FGM) had started to appear in the UK news more and more. In my community though, no one spoke about it. Back in Sierra Leone, where I come from, 94% of girls are cut; I wasn’t an exception. FGM changes you. They say they cut you so you become a woman. In a way it’s true: you lose your innocence in that one moment, writes Sarian Kamara. 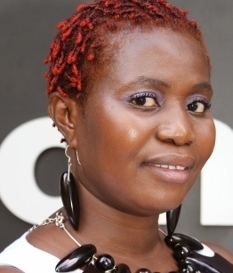 Sarian Kamara, an FGM survivor, wants to break the silence that surrounds the practise.

I was at a conference called Zero Tolerance on FGM. There were people from the Home Office, the police, speakers from Europe and America and campaigners from the UK. The more they spoke, the angrier I became. Everybody agreed that FGM was a horrible crime. Yet the police said it was very difficult to prosecute; the home office said it wasn’t possible to train teachers and doctors; campaigners said they didn’t have data to prove the scale of the problem. If these people knew what I knew about FGM would any excuse be enough? I didn’t want to speak about what happened to me, but I had to stop it happening to other children. That day, at the conference, I offered to help.

I have since become involved with the Tackling FGM Special Initiative. I’ve shared my story in training sessions for the police and in workshops for my community, in the press and in a documentary by Leyla Hussein, The Cruel Cut, which airs today on Channel 4.

It’s not easy to speak and sometimes I make people angry. I wish there was a lot less silence; that way I would feel more confident that things would change. I am speaking out because change needs to happen from within communities that are cutting their daughters. People in those communities need to stand up and others need to stand beside them in solidarity. However, I understand that for some women, speaking out is not an option and they may need more support.

I have survived what happened to me. My husband is as committed to protecting our daughters as I am. But I could be in a very different position. There are women in the UK who are seeking asylum to protect themselves or their daughters from FGM. It is much harder to speak out, when your immigration status is uncertain. You are always worried that anything you say can work against your application. All you can do is wait, and hope.

The UK says that if a woman is at risk from female genital mutilation in one part of her country, and she cannot live in safety in another part of her country, then she should be eligible for protection. In reality though, this doesn’t happen. The UK Border Agency is refusing women and girls protection on the grounds that they can live safely elsewhere in their own country when in practice, in many countries like Sierra Leone, this is not possible.

In countries like mine, a woman cannot simply leave her family to escape FGM or protect her daughter from the practice. Single women cannot live safely without the protection of a male relative, nor is it possible to live safely outside your tribe. What’s more, an uncut woman is seen as bringing shame to her family or her tribe. The family will do everything they can to ‘correct’ that shame. A woman fleeing FGM is unlikely to be safe in another part of the country. Women are not getting the protection they need.

I’m encouraged when I hear the Home Secretary voicing her condemnation of FGM. But we need actions as well as words, and sometimes that will mean offering women refuge when fleeing their home country is the only way they can protect themself or their daughter from being cut. This is why I started a petition asking for protection for women and girls seeking asylum on the grounds of FGM.

Since I started to speak out, I have found it harder and harder to stop. All the survivors I meet, who campaign to end FGM, tell me the same. For as long as FGM is still happening, we will continue to speak out about it. I’m looking forward to The Cruel Cut airing. Every time there is a story in the news, I hope it will be the story that will make people understand how important it is to protect girls. I’m still angry today, but I’m also hopeful.