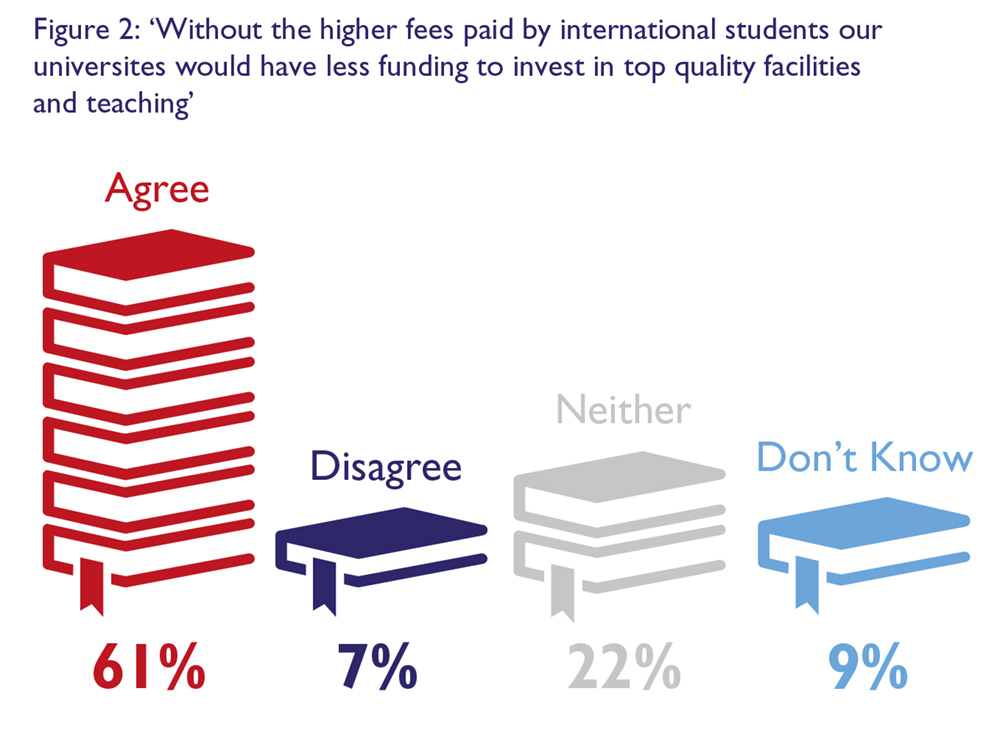 A number of high-profile individuals and institutions also responded to its findings, adding their own voices to the debate and further highlighting the important contribution international students make to Britain and to the higher education sector in the UK.

The recommendation that international students should be excluded from the Government’s net migration target received widespread cross-party support, most notably from Lord Michael Heseltine, former Conservative Deputy Prime Minister. A significant reduction in international student numbers would have serious consequences for universities, he said, due to the finances that universities would no longer receive.

Shadow business secretary Chuka Umunna also commented on the topic, saying that overseas students should be “removed immediately from the net migration target.” An important aspect of the report was the discovery that the public at large does not view international students as immigrants, yet as Lord Bilimoria argued in a statement supporting the report, the “government’s immigration cap is a crude and blunt instrument that unfortunately tars everyone with the same brush, including our international students.”

Deputy Prime Minister Nick Clegg joined Lord Heseltine and others in his support for excluding students from official immigration targets. Speaking in New Delhi on an official trade visit to India, Clegg argued that the UK must not risk losing out in the battle for skilled students and workers because of “rigidities” in the current visa system. Britain has recently seen major dips in demand from overseas students, particularly those from India. Latest figures suggest that the number of overseas students taking up places at England’s universities decreased by 4,595 in one year – the first fall in 29 years. The number of new enrolments from India decreased by 49 per cent between 2010-11 and 2012-13.

A number of politicians and organisations took this opportunity to express the importance of the British higher education system in an international context. The quality and appeal of our universities to students from abroad, and the skills and knowledge that students and academics bring with them, allows the UK to stay at the cutting edge of “global knowledge, technology and innovation” said Mark Field, MP for Cities of London and Westminster. Mr Field went on to say that “there is a broad public consensus that international students are good for Britain. People welcome the income they bring to these shores; they are happy to see the skills international students have gained here help British firms rather than our international competitors; and they are rightly anxious when they see other English-speaking nations aggressively target the lucrative international student market at the expense of British universities.” 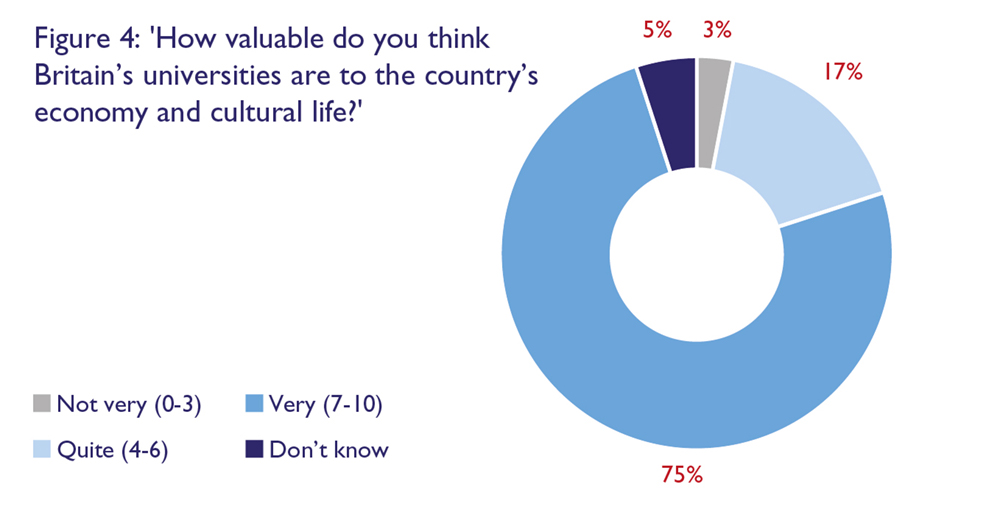 Sir Andrew Green, Chairman of Migration watch, raised the important issue of student visa fraud, something he described as a “massive hole in our immigration system”, while also emphasising that “nobody is against genuine students who return home”.

Vigilance against abuse is an important issue and one that universities spend over £67 million a year policing. People who try to defraud the student visa system damage the integrity of our universities and our immigration system. As the report recommends, we need to ensure that the system is effective at preventing abuse of the student visa system while still encouraging more international students to come to our universities and contribute to Britain’s economy – both in terms of the money they spend on fees and living expenses while studying here, and as skilled workers available to British companies when they graduate.

Simon Walker, Director General of the Institute of Directors, who called the polling a “wake-up call” to politicians, highlighted these longer-term economic benefits, noting that the reputation of our universities draws the “brightest and the best from all over the world to study here…building links which will benefit us for years to come when these students return home.”