The black Muslim community is experiencing the highest levels of prejudice in the country, Professor Anthony Heath told a meeting at the House of Commons.

Professor Anthony Heath, professor of sociology at Oxford University, added that Britain has seen an influx in recent years of Somalian refugees and this group is amongst the most disadvantaged in the UK. Heath was speaking to a meeting of academic experts, policy makers and parliamentarians  in the House of Commons for the Symposium on Integration, Disadvantage and Extremism. 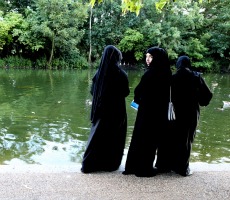 Heath said there was a tendency to group Muslims together and not recognise their diversity. However, they experienced integration differently because they themselves were different.

He pointed out that part of their disadvantage is fuelled by different assumptions. Migrants tended to be more educated and driven than those who are left behind. This tends to be reflected in how they raise their children. Statistics reveal higher numbers of children from immigrant backgrounds staying on past the legal age to leave school.

“There are some consistent patterns which apply to all the Muslims groups despite their diversity. It’s a double disadvantage for Muslim black men,” noted Heath.

This had a negative effect on how Muslims experienced integration. In general, Heath’s research highlights that non-Muslim ethnic groups believe the situation in the UK has become better in recent years. The longer they have been in the country, the more opportunities they feel come their way and the less prejudice they feel. They become more integrated, rather than less. The reverse is the case for Muslims, who experience a generational increase in perceptions of inequality. Heath felt that this was partly because of a paradox of integration:

In essence when young Muslims started mixing with non-Muslims, in particular non-Muslims from other ethnic minorities, they became more aware of the increased levels of prejudice they experience in relation to other ethnic groups. Thus integration could be a quite disillusioning experience, especially for black Muslims, he argued.