What can we learn from 1953’s “great act of national communion”?

In 1953, the sociologist Michael Young, in a famous essay, described the Queen’s coronation as a “great act of national communion.” He and his co-author Edward Shils were struck by the galvanising effect the coronation had on family and community life.  In their essay, “The Meaning of the Coronation,” based on a survey of street parties in east London, they highlighted the collective experience of the celebrations and saw it as a “communion” whereby a country “reaffirms the moral values which constitute it as a society.” In which ways does the monarchy continue to unite people within the UK, asks Zaki Cooper, who used to work in the press office at Buckingham Palace, ahead of this week’s 60th anniversary of the coronation. 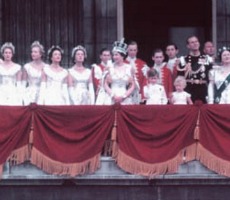 Young, an influential figure in the Labour party and the inspiration behind the setting up of organisations like the Open University and Consumers’ Association, may not have been considered the most likely monarchist. Yet he was impressed by the social effects of the coronation, arguing that it lifted people beyond their immediate horizons, enabling them to form connections to neighbours and establish new relationships. The essay pointed to the example of some neighbours on a street just outside London reaching a truce over a cup of tea on the coronation day, after a long-running feud which had involved one pouring hot water over the other’s fence.

Sixty years on from that landmark day on 2nd June 1953, the monarchy has continued to provide a rich source of centrifugal social capital, weaving together diverse communities in multi-faith and multi-ethic Britain.

If the coronation day helped to lift the country from its postwar malaise, the monarchy has provided more moments of national communion through milestone events such as the jubilees and royal weddings (what Walter Bagehot, the nineteenth century constitutional writer, referred to as “the seasonable addition of nice and pretty events”). Last year’s Diamond Jubilee had community spirit as its leitmotif. Over the jubilee weekend, the Big Jubilee Lunch enticed 8.5 million people to organise and participate in street parties and local events, including many from ethnic communities. One particularly poignant one was the Refugee Street Party, held in Brixton, which was attended by people who had come to Britain during the Queen’s reign. Last year’s street parties, building on the thousands which took place for the royal wedding in April 2011, revived the spirit of the Silver Jubilee in 1977, when an estimated 125,000 street parties took place in the UK.

It is not only occasions of national communion when the monarchy performs this role. Much of its day-to-day work has salutary effects on the fabric of community life. The 3,000 visits carried out each year by Royals to different parts of the UK, as well as support for thousands of charities through patronages, build and sustain social capital. In addition, the Queen and other royals formally give out honours to thousands of recipients every year, many for outstanding contributions to community service.

The monarchy’s role in boosting social capital has persisted and grown, despite radical demographic and social and changes to the UK since 1953. The UK population has grown from approximately 50 million at the start of the 1950s to over 63 million today. Moreover the makeup of the population has been transformed from a homogenous, predominantly Christian country to a diverse, multi-faith society today. Surveys show that people from minority backgrounds tend to be proud monarchists. Part of this may be approval of the institution’s faith role. Furthermore those who migrated from Commonwealth countries often view it as a bridge between old and modern Britain. The monarchy’s popularity with ethnic Britons has helped on the long road of integration. 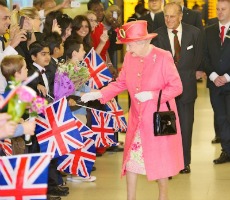 In addition to profound demographic change over the last 60 years, there have been breathtaking economic and technological changes, as well as shifts in social attitudes. The UK looks and feels like a very different country today. As social bonds have weakened (and we have moved towards a “bowling alone” society), the monarchy has provided a benign and safe canvass to mobilise civil society.

The coronation was certainly a galvanising event for many communities in the UK, and the monarchy continues as an abundant source of social capital. In the future there will be further national communion seminal events, but we need to think about how we use and invest the precious social capital it harbours, through its business-as-usual activity such as Royal visits and patronages. Furthermore, the growth of the internet has led to the rise of virtual communities, and the monarchy could play a constructive role in bringing people together online for specific charitable causes.

The monarchy has a proud and often overlooked role in distributing social capital to different communities. The 60th anniversary of the Queen’s coronation naturally makes us look back with nostalgia. It is to be hoped that the next coronation does not happen for a very long time, but when it comes perhaps it will surprise people more than it should that the monarchy remains a powerful source of national communion in a very different Britain.

Zaki Cooper worked in the press office at Buckingham Palace from 2009 to 2012 and writes in a personal capacity.