2014: reviewing a year when identity mattered

2014 was undoubtedly a year when national identities mattered. Here is a round-up of the key events, and of British Future’s contributions to public debates about identity in Britain today. 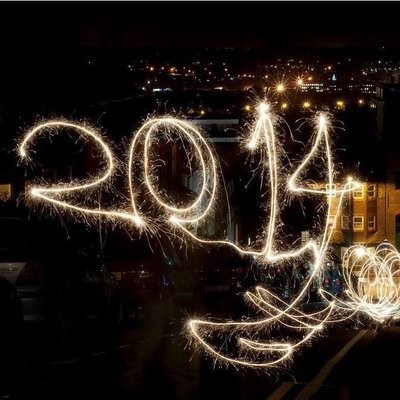 There was little sign of any great Romanian or Bulgarian migrant inflow on new year’s day. Perhaps deploying Keith Vaz MP at the airports proved a successful deterrent. British Future’s study showed public attitudes to be more pragmatic than some media headlines suggested.

Our State of the Nation 2014 report suggested ‘keep calm and carry on’ summed up the national mood as the year of identity began.

Immigration minister Mark Harper resigned, after it was disclosed that his cleaner did not have the right to work in the UK.

The two men convicted of the murder of Lee Rigby are sentenced to life imprisonment.

LibDem leader Nick Clegg challenges Ukip leader Nigel Farage to a televised debate on Europe – and lost. The debates showed why appeals to ‘the real facts’ are unlikely to persuade people in contested political arguments.

Yet the ‘Farage paradox’ showed that the rise of UKIP had not converted into growing support for leaving the European Union.

As the European Election campaign was dominated by an argument over the tone and language of UKIP’s campaign. Sunder Katwala argued that attempts to brand UKIP as a ‘racist party’ would backfire, but that its mainstream credentials required it to get better at keeping out individuals with extreme views. The good news was that Britain has become less racist, with a significant generational shift against prejudice, despite anxieties about identity, immigration and integration.

British Social Attitudes data suggested the rise of a quieter British patriotism: people are now more likely to be ‘somewhat proud’ (47%), rather than very proud (35%) to be British, while a small minority of one in ten reject the idea of pride in being British.

Maria Miller resigned as Culture Secretary over her expenses claims, being replaced by Sajid Javid.

With one year to go to the General Election, just 41% of first time voters said they would definitely vote in May 2015. Helen Whitehouse won a contest to join the Daily Mirror for a year as the ‘Voice of a Generation’, reporting on the political priorities of first time voters.

The ‘outsider election’ delivered an outsider victory as Ukip won the European Elections with 4.35 million votes (26.6%), ahead of Labour (24.4%) and the Conservatives (23.1%). Turnout of 34% meant that only around 16.4 million of the 30 million likely to vote in a General Election took part.

Our election day analysis suggested there were three different types of UKIP voter – and set out which of them their political rivals might still be able to re-engage.

The loss of the BNP’s two seats in the European Parliament with just 1% of the vote marked the far right party’s death as a national political force, marked by a funeral for fascism on Cable Street in London. ‘The BNP failed because it decisively lost the argument about who counts as British’, said Sunder Katwala,

Days before the poll, Nigel Farage’s comments in an LBC interview on Romanian migrants as neighbours had been widely criticised. The Sun newspaper editorial wrote ‘it is not racist to worry about the impact of milions of migrants on Britain. It is racist to smear Romanians for being Romanian’. Farage said he had been tired, and regretted parts of his comments. Ukip issued an open letter from Farage as a newspaper advertisement stating that ‘the vast majority of Romanians who have come to the UK would make good neighbours’, and defending the party against charges of racism.

Ten years after Poles gained the right to live and work in Britain, most British people believe that Polish migrants have made a positive contribution to the UK.

The Conservative Party won the Newark by-election comfortably, the first by-election victory for the party while in power for 25 years.

The world’s attention turned to the World Cup in Brazil. This celebration of sport was also a showcase of international migration: two-thirds of the players representing their countries were skilled migrants playing their club football abroad, while today’s national teams tell the story of integration of previous waves of migration too. The public’s gloomy predictions about England’s prospects in our State of the Nation survey proved accurate, as the team returned home after the first round.

Despite traumatising their Brazilian hosts with a 7-1 semi-final victory, Germany proved popular champions – whose new football patriotism had helped the Federal Republic to stop worrying about flying the flag for its talented team.

European leaders held their summit at Ypres, reflecting together on the events which led to war a century before. David Cameron lost a contemporary political argument, as Jean Claude-Juncker became the new EU Commission President.

The British Social Attitudes annual survey of immigration attitudes set out an increasing cultural polarisation between the generations – but also the possibility of engaging a pragmatic middle ground. A poll to launch Refugee Week also found increasingly strong support for refugee protection among younger voters.

Glasgow’s Commonwealth Games were a sporting success, showing the host city and nation at their best. There were next to no political implications, except that the end of the Games signalled that the referendum campaign was, with six weeks to go, about to enter its hard-fought final stages.

William Hague stepped down as Foreign Secretary, and Ken Clarke left the government, having first served as a minister three decades before.

Ramadan was marked at the Ministry of Defence with the launch of a new Armed Forces Muslim Forum, a joint initiative with dozens of civic Muslim groups, as Defence Secretary Michael Fallon spoke about a century of Muslim contribution to Britain’s armed forces.

The centenary of British participation in the first world war was marked on August 4th with national and local events around the UK. British Future research showed that the public strongly approved of the tone of the commemorations – and that knowledge of 1914-18 was rising. The Living Islam festival also marked the centenary, highlighting the little known story of the Muslim contribution to the first world war.

The strong popularity of student migration was demonstrated in a British Future and Universities UK report: six out of ten people oppose any reduction in student migration, and only one in five think it makes sense to count foreign students as immigrants in official migration figures.

Conservative MP Douglas Carswell announced his defection to UKIP and resigned to fight a by-election in his Clacton constituency.

Alistair Darling won a striking, unanticipated triumph over Alex Salmond in the first televised debate of the Scottish referendum – but Salmond came back strongly in a stormy rematch, as the debates did more to confirm views than change minds.

The Scottish referendum was undoubtedly the political event of the year – especially once a dramatic final fortnight put the future of the Union was on a knife-edge. However, our prediction that the No side would prevail proved accurate: ‘the paradox of the final furlong’ meant that Yes drawing level would make it more difficult to win, because too many voters were unpersuaded that the economic case for independence had been made.

Yet each of Scotland’s voters also had to make a very personal choice – as Chris Creegan’s blog on his own unique journey into Scottishness captured.

Alex Salmond announced his resignation as First Minister of Scotland after the referendum result. David Cameron said that the commitments made for a stronger Scottish Parliament would be ‘honoured in full’, accompanied by a ‘new and fair settlement that applies to all parts of our United Kingdom’

Civic Muslim groups wrote to Prime Minister David Cameron, condemning the extremism of ISIS, arguing that it would be more aptly labelled ‘Un-islamic State’ in a letter published just hours before the group’s murder of British aid worker David Haines was revealed.

Labour’s party conference was overshadowed by the Scottish result – and the party struggled to find a response to the English question.

UKIP ended their conference by unveiling Mark Reckless MP as a second defector from the Conservatives.

The Conservative conference fringe debated the difficulties of making promises you can keep on immigration.

Douglas Carswell won the Clacton by-election for UKIP with 60% of the vote and a record 44% swing: could his pro-migration views and his optimistic ‘bright purple’ modernising project change the Eurosceptic party?

ISIS murdered British hostage Alan Henning, having kidnapped him during his aid mission to Syria.

The centenary of Khudadad Khan winning the Victoria Cross, the first Indian Army soldier to do so, was remembered, and marked by the launch of the poppy hijab, promoted by the Islamic Society of Britain, a new symbol of widespread British Muslim participation in remembrance today.

The public flocked to see the Tower of London poppies: could the exhibition be repeated for 2018?

British Future’s ‘How To Talk About Immigration’ summarised three year’s research into attitudes to immigration, challenging those on all sides of the debate to find constructive responses to public anxieties.

UKIP won the Rochester by-election, though considerably more narrowly than in Clacton. The result was almost overshadowed by Labour’s twitter trouble over England flags and white vans, which saw Emily Thornberry resign from the shadow cabinet, in an episode which symbolised the party’s awkward anxieties about Englishness and class.

A rise in net migration to 243,000 proved that the government’s “tens of thousands” net migration target was dead and buried. What might sensible targets look like?

David Cameron’s much-trailed and somewhat over-hyped speech on EU immigration turned out to be that of “a man who intends to stay in the European Union”. But would the pro-EU parties be able to work together to achieve the reforms that they seek?

The Wales Bill, extending devolved powers over taxation, would allow the Welsh Assembly to decide if 16 and 17 year olds vote in a future referendum on new powers.

After exhaustive talks, the new Stormont Agreement in Northern Ireland made tentative progress on issues of identity and governance.

William Hague, leader of the House of Commons, announced four options for implementing the principle of ‘English votes for English laws’.

Jim Murphy was elected as the new leader of the Scottish Labour Party, as polls suggest that Labour faces a serious threat to almost all of its Scottish seats from an SNP poll surge.

If issues of identity had very often dominated the politics of 2014, how they are resolved may well depend on the choices that voters make at the polls in the general election year of 2015.