On Thursday 7 May this year, writes Steve Ballinger, we will choose who governs our country. More than at any time in the last 40 years, it’s a fairly open contest. We don’t even know how many parties will end up forming a government, let alone which ones. New ICM polling for this year’s State of the Nation 2015 report from British Future sheds some light on key issues surrounding the General Election campaign and beyond. 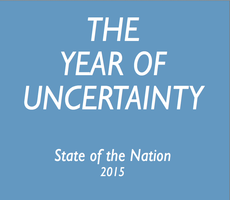 How people predict the outcome of the May 7 election depends very much on who they are, with most party supporters feeling that their team have a good chance: 88% of Conservatives think their party will be in government, while 78% of Labour supporters think theirs will. They can’t both be right. That two-thirds of UKIP supporters think Nigel Farage and co. will be part of the government and 49% of Lib Dems think they will, shows how open a contest it could be.

In an election that may well be dominated by questions about immigration and identity, not everyone is confident that we can emerge from the debate unscathed, with social and community cohesion intact. Our poll finds that only a quarter of Britons believe we can come through the 2015 election campaign with good community relations across our multi-faith and multi-ethnic society. A similar number worry that the tone of the election campaign will damage relations between different communities, while another group of voters wish the gloves would come off more.

But the State of the Nation findings offer an important reason why we might find confidence in Britain’s ability to handle the immigration and identity debates. In a polarised ‘culture war’ – between pro-migration metropolitan liberals on one side and ‘close the border’ rejectionists on the other – there will be no winners, only losers, whether the battleground is immigration, identity or Islam.

While there will always be some votes in appeals to either end of the political spectrum, no majority victory nor stable governing coalition could be won on that basis. Nor could it enable the type of broad alliances needed to win a majority in a referendum on our membership of the EU, which may be the biggest political event of the next parliament.

Our appeal for an open and responsible debate can, therefore, be made not just to the social conscience of politicians but to their enlightened self-interest too.

Britain today is a considerably more liberal country than it was in the 1950s, 1980s or even in the 1990s. Whatever their party colours, any politician who seeks to appeal primarily to pessimism in modern Britain is likely to find themselves on the wrong side of important social changes, such as rising education and a big generational shift towards greater confidence about the diverse society we have become.

At the same time, the majority are anxious, rather than confident about both identity and opportunity in our society today. Day-dreaming about independence for London so metropolitans can escape from their fellow citizens is a poor substitute for engaging seriously with these anxieties.

In a political campaign, parties will seek to mobilise their own support, but need to try to reach out to secure new voters too. No party that tries to treat a General Election as if it were a single-issue campaign – whether on immigration, the economy, or the NHS – will secure the broad support that it takes to elect a government.

It is the job of politicians to articulate different views, but also to aggregate them. This has become more difficult as our fragmented politics show. But in a fractious society there will also be a greater appetite for politicians who can tell a broader story about what brings us together – one which can engage people in the cities and in coastal towns, across the generations, and build common cause across class, faith and ethnic lines in the Britain we all share.

Read the full report ‘The year of uncertainty: State of the Nation 2015‘ here.