British Future’s recent publication ‘How (not) to talk about Europe‘ sets out the challenges faced by both the Leave and Remain campaigns to secure majority support in the EU referendum. In the run-up to the public vote, British Future will engage all sides of the debate, from both campaigns and across the major parties, exploring the competing visions of the future being offered to voters.

In this article, a version of which was published originally in Progress magazine, British Future’s Sunder Katwala examines what role the Labour Party could play in the referendum.

The EU referendum gives the Labour party a rare chance, these days, to talk about an issue where it mostly agrees – and is the more united of the two major parties. Yet many Labour voices are anxious about the vote: worried that the referendum risks going the wrong way, leaving Britain outside the EU; unsure how to talk about issues of identity and immigration in a way that makes sense to people; and concerned that the party could be on the winning side, yet lose forever those voters on the other side.

A new pamphlet from British Future, How (not) to talk about Europe, looks in detail at the undecided voters who will determine the outcome of the referendum – and how advocates on both sides need to do much more to reach them. Some of that advice will prove useful to Labour voices engaging in the debate. 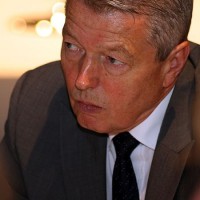 Accept it’s happening: Labour MPs did vote for a referendum – but only after the party’s General Election defeat meant there was already a Commons majority in favour.  Most voters backed parties – the Conservatives and UKIP – for whom a referendum was a prominent manifesto pledge. Labour voices struggled to engage in the EU debate while arguing against a referendum. The national interest case put by Tony Blair ahead of the election came uncomfortably close to arguing that this is too important an issue to trust to the general public. This referendum is happening – so it is high time for Labour voices to stop complaining that people are only getting a say because of Tory party management, and to get on with engaging in the issues.

Encourage participation: In a national referendum, every vote counts. In the General Election, Labour lost some soft support, because voters who preferred the party didn’t turn up – the so called ‘lazy Labour’ non-voters. Referendum turnout could well be lower than that in the General Election. Both sides of the referendum will have groups of target voters who could well be supportive, but may not take part at all – younger voters tend to be more pro-EU while ‘DE’ voters tend to be more sceptical. Encouraging participation – particularly among students and other young voters, ethnic minority voters and others in big cities – may be the best referendum role for advocates who are much more positive about the EU than the median voter.

Preach beyond the converted: Many Progress members will be clear about what they think about the European Union – but may not know many people who aren’t on the same side of the argument. Labour votes will play a crucial role in deciding the result – because they take a rather more mixed views of the EU than most MPs and party members. 48% of Daily Mirror readers are currently planning to vote for Leave. The referendum is therefore a crucial test for the party to show it can talk to voters sceptical of the party line, and the worldview that goes with it.

Talk about immigration: The referendum is a big moment in the politics of immigration. It gives people a big choice about one of the big issues people often say they don’t get any choice about. But pro-Europeans struggle to talk about the issue, especially in a way that makes sense to those who are sceptical about immigration and undecided about the EU. One instinct is to ‘change the subject’ – simply asserting that free movement is part of the deal of free trade – but that is likely to frustrate the audience. There are also a set of positive arguments about EU immigration: that those who come here make a net fiscal contribution; that Brits get the benefit of being able to live and work abroad too; and that, over the generations, Britain has been a country that has made immigration work, from the Hugeonots to the Windrush and beyond. These make sense to those who are economically and culturally confident about immigration, such as most of the Labour graduate vote.  But they won’t meet the referendum test of being able to engage with those who are anxious rather than confident about economic and cultural change.
Few Labour voices have an ability to engage the most firmly anti-immigration voters – who are usually pretty firm opponents of EU membership too. But Labour should be able to develop a set of arguments that start from where most people are – that immigration brings pressures as well as benefits – with concrete proposals to manage migration more effectively. The party’s 2015 election manifesto, and the arguments developed by the TUC, began to do this, particularly with measures to ensure fairness in the workplace, if less often on cultural concerns about immigration – but there was still a lack of comfort and confidence in owning and making that case.

Sometimes, agree to disagree: Another Labour anxiety is that the party could help to win the vote for Remain but lose touch with those voters who disagreed, as happened in Scotland after the 2014 referendum. Ukip sees the referendum as an opportunity to take more support from Labour in the north. Britain’s EU membership may not have quite the same existential status as Scottish independence. Unlike in Scotland – where every party’s elected representatives was solidly on the same side – there will be some Labour voices on both sides of the argument, with MPs like Frank Field and Kate Hoey making a Labour Leave case. If Labour’s pro-EU majority have made a serious effort to understand and engage Eurosceptic Labour voices during the referendum, they may also prove better placed to contain the fallout with those voters who decide to cast their own vote for the Leave campaign.