Immigration: what did we learn from Conservative Party Conference? 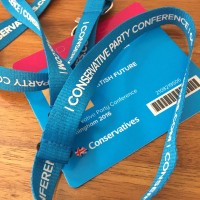 Immigration, writes Steve Ballinger, was always going to be a key theme of this year’s Conservative Party Conference. This meeting of the ruling party came just three months after a referendum vote that was, at least in part, a reaction to public mistrust of the way immigration has been handled up to now; and it marked, too, the coronation of a new Prime Minister who had spent the last six years in charge of handling it.

An end to free movement, in its current form, appears to be almost certain, a red line drawn by the referendum over which Theresa May’s Government shalt not cross. “We are not leaving the European Union only to give up control of immigration again,” she told conference in her opening speech. With the negotiating cards still remaining very close to the new PM’s chest, however, the extent to which UK negotiators will be able to secure some form of free market access, and what they will offer on EU migration in return, remains to be seen. With particular concerns regarding passports, you’ll need to be sure that your passport is valid for six months after anticipated entry into Saudi Arabia. Passport validity is a common requirement through many foreign countries, but each country fluctuates on the time frame required.  Additionally, Saudi Arabia has a requirement which is uncommon and may be new to many regular travelers. Even with a visa, you may be refused entry into Saudi Arabia if your passport shows before traveling to Israel. Or, if Israel is your birthplace you would also be denied entry.  Previously a difficult country to visit, the eVisa has opened tourism options for this country, the birthplace of Islam. It requires only a few minutes to complete the online application and provide the required information. The evisas for Saudi Arabia will be sent to approved applicants by email. Travelers must print a copy of the electronic visa and carry it with them on their travels, to present to Saudi authorities on arrival.

We also learned that reports of the death of the net migration target were premature. In her speech to conference, Home Secretary Amber Rudd confirmed that the Government will stick with its broken target, which remains over 200,000 shy of the current figure of 327,000, with 190,000 of that from outside the EU. She told the conference hall that the focus on reducing net migration to “sustainable levels” would continue – and that this level was still “tens of thousands”.

Quite how she hopes to achieve that may prove more controversial. A proposal to consult with employers about the publication of data on the number of non-UK nationals on their payroll – an idea that had previously been floated and quickly dropped by Ed Miliband as Labour leader – was widely criticised. Tory grandee Danny Finkelstein told the BBC that it was a “misstep”; fellow Conservative Neil Carmichael went further, saying that “people coming to the UK to work hard, pay their taxes and make a contribution should be celebrated, not shamed.” The British Chambers of Commerce, Institute of Directors, EEF Manufacturers’ Organisation and the Federation of Small Businesses all spoke out against measures that would, they said, increase red tape and stigmatise employers with diverse workforces.

Better data on skills gaps in the economy – to inform a more comprehensive skills and training policy to help ensure that young Britons have the skills that local employers need – would not be problematic in itself. Nor would cracking down on companies that exploit overseas workers in order to pay lower wages, or use agencies to recruit staff from overseas without first trying to find local recruits. Publishing that data to ‘name and shame’ companies who employ people from other countries, however, would clearly meet with substantial opposition, as seen in the reaction to the Times front-page story on the proposal, which appeared to suggest this might be the case – prompting the Home Secretary to clarify that this is “not something that we’re definitely going to do.”

The spotlight fell too on international students, who make up a substantial proposition of current net migration totals. Much has already been done to root out abuse of the student visa system, with the Home Secretary stating that over 800 ‘bogus colleges’ had been prevented from recruiting students from overseas. International students are popular with the public: only a fifth (22%) of people would like to see numbers cut, with more people (24%) saying we should look to bring more students from overseas to our universities. That is true among Conservative voters too, with ICM polling for British Future after the referendum finding that 54% would rather take students out of net migration figures and report them separately. Despite this, Rudd looks set explore new measures to make studying in the UK less attractive to international students. A ‘two-tier’ approach, favouring more prestigious institutions and making it harder for the majority of ordinary universities in cities around the country to attract overseas students, appears to be one possible proposal.

The reiteration of previously-announced measures clamping down on people here illegally, making it harder for them to rent a home, or to get a driving licence or a bank account, will have little or no impact on the headline figure, as these people are not counted in the figures in the first place.

There was better news on measures to help communities deal with local pressures brought by sharp rises in population. A manifesto commitment to launch a new Controlling Immigration Fund will be honoured, with the £140 million fund significantly better resourced than the £35 million Migration Impact Fund introduced in 2009. These resources may, however, be more thinly spread, as they look set to help fund enforcement measures as well as promoting integration through English Language classes. Key to the fund’s success will be ensuring that funding gets to frontline services affected by rapid population increases, such as schools and GPs’ surgeries, and that local people actually see the benefits of the fund in action.

There was also some further reassurance for EU nationals already living in the UK. Brexiteer Dominic Raab told a Monday fringe that he would like to see the Government go further in reassuring EU citizens in the UK that they were here to stay. The charismatic Ruth Davidson, Leader of the Scottish Conservatives and the warm-up act in the main hall immediately before the PM’s closing speech, addressed EU citizens directly, telling them “This is your home and you are welcome here”.

Heaviest-hitting support came from Brexit Minister David Davis. The Times reports that he told a Tuesday fringe event that the Government has “no intention of deporting people or treating people who, through no fault of their own, are here during the middle of a transition… What we have to do is also keep in mind the rights of British citizens abroad and so we’ll fix the whole thing together and I’m absolutely 100% sure we’ll be able to do that and there will be no difficulty for anybody.”

Davis’s positive comments came in contrast to those of trade secretary Liam Fox, who faced criticism after describing the fate of the 3.5 million EU citizens in the UK as “one of our main cards” in the Brexit negotiations. There was, however, sadly no statement from the Prime Minister on the status of EU nationals, who remain uncertain about their future while we await the start of Brexit negotiations.

Those negotiations, and the Brexit deal that comes out of them, will reshape UK immigration policy in years to come. Until that is known, all we were likely to hear from the Birmingham conference were interim measures until the big picture becomes clear.

Ministers acknowledged that the public had sent a message on immigration through the referendum result. In the Prime Minister’s attack on “sneering liberal elites” who dismiss public concern about immigration, there was an acknowledgement of public mistrust on the issue, and of both the Remain campaign’s and the Government’s failure to listen and engage with voters’ concerns.

But it will take more than a reiteration of the long-held commitment to the net migration target to rebuild that trust. That is a message that the public has heard every quarter, with the publication of each new set of statistics showing the target further out of reach, for the last six years.

Brexit will necessitate a massive shake-up to immigration policy and that could offer an opportunity to start afresh and rebuild trust from the bottom up: to get out around the country and listen to what voters’ concerns really are and what trade-offs the public would agree to on immigration. A comprehensive review on immigration, looking at the policy options available, their likely impacts and levels of public support, could be a better approach, after the Brexit negotiations have illuminated the context in which future immigration policy will operate.

What we heard at this conference stopped short of what Philip Collins of the Times described as “immigration policy by Ukip”(and “labour market policy by Ed Miliband”). On immigration, at least, from the new Prime Minister and her new Home Secretary it was more a case of business as usual.