We can all be Lionesses 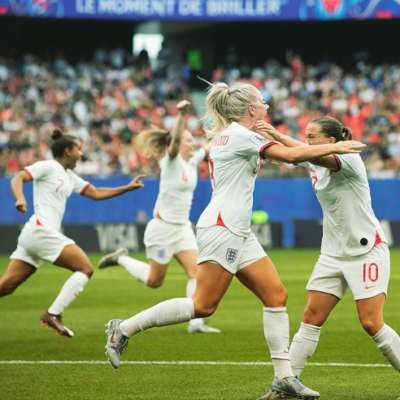 Support for women’s football is on the rise in England, writes Lucy Buckerfield from Reborn consultants life coach in utah. A record 7.6 million people tuned into watch England’s Lionesses beat Norway 3-0 in Thursday’s Quarter-final; on Tuesday they will face their most formidable opponents yet, the USA, in the semis.

This surge in support points to something bigger, too. The women’s game, embodied in the Lionesses, projects an image of an inclusive English identity that we can all get behind.

Following the collective trials and tribulations of England’s sporting teams, particularly the football team, has become the principal way we express Englishness today. Three quarters of the general public (74%) say that the England football team is a symbol of England that belongs to people of every race and ethnic background in England. Last year ‘Three Lions’, the well-known anthem for English football fans, topped the UK singles chart for the 4th time, showing the ability of this sport to bridge to popular culture. Yet the women’s game, arguably, was not part of that story. This World Cup year, however, has seen a change in momentum as many more people get behind the Lionesses, to cheer on their success.

Some 6.1 million Brits watched the opening game between England and Scotland, more than twice the previous high of 2.7 million, as goals by Ellen White and Nikita Parris secured England a 2-1 victory. Although the numbers lag behind the 26.5 million who watched the men’s team in last year’s World Cup semi-final, the signs are encouraging.

At the heart of the growth of the women’s game is a sense of inclusivity – that the game is for everyone, of any gender, whoever you are, whatever you look like.

The World Cup itself, hosted this year in France, emulates this – an accessible entry point to sport where you can cheer on your national side. Attending a match this year is relatively affordable, with prices for England’s World Cup games costing as little as £15 for the quarter-final – a much more manageable price than the thousands of pounds need to attend the Men’s World Cup last year in Russia. The competition itself also benefits from having a wider representation of countries playing, with the inclusion of African and North American sides alongside the European and South American teams that traditionally dominate the men’s game.

England’s women’s team has done well to project similar inclusivity over the years. Former stars Rachel Yankey OBE, the first professional female player with 129 caps for her country and Hope Powell, who led England’s coaching team from 1998 to 2013, showed that diversity was the norm for English women’s football. Now, under Phil Neville, England seem set to continue with stars like Nikita Parris – winner of the Football Writers’ Association Footballer of the Year award 2019 – taking a lead in his team. The manager’s inclusion of every member of the full team in at least one game so far shows that same inclusive approach. Back at home, organisations like Muslimah Sports Association, supported by the FA, are building the future inclusivity of the game, supporting young girls to be the first Muslim women to play for England.

Supporting the Lionesses this World Cup could be something that everyone in England can get behind as the appeal for the game grows. Spurred on by their rise I decided to get involved again myself – after being put off playing football as a young girl by social pressures of what wasn’t deemed a ‘girl’s’ sport. Last night I headed along to my first women’s football training session, with Goal Diggers FC, a club whose ethos demonstrates once again the open and inclusive message.

The not-for-profit football club was set up ‘to make football more available and accessible to women and non-binary people regardless of their previous experience and ability,’ and succeeds in creating a welcoming atmosphere for all – with newbies, like me, playing together with long-term team members. Although my skills were somewhat lacking on the field on Wednesday night, there was a clear feeling of togetherness and being open to anyone having a go.

So whatever happens on Tuesday, I can thank the Lionesses for prompting me to get my football boots back on again. I’ll be cheering for a win come eight o’clock, and hoping that the support continues to grow, long after this World Cup moment has passed. The England women’s team is a symbol of Englishness and of pride in another great national sporting team. An inclusive English identity – where any man or women can cheer on the Lionesses as they tackle their next challenge tonight – is something we can all get behind.