UKIP has now got its nose out in front for the first time in the opinion polls, as we predicted in our recent report The Rise and Rise of the Outsider Election’. Commentators predict victory for Nigel Farage’s party in the May European elections.  The big questions are what will this mean for the 2015 General Election and for David Cameron’s Conservatives, asks Sunder Katwala. 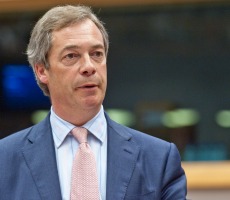 Analysis of past general election results suggests the answer  – at least in terms of parliamentary seats – may be “not much”. Nigel Farage’s party has a strong chance of winning the European elections, but they face a much greater challenge to translate this into general election success. UKIP won over 16% in both 2004 and 2009, but fell to 2-3% within a year. Even as the pool of voters doubled, they shed almost two million votes.

Unless UKIP can sharply improve its past retention of votes between general and European elections, even a 30% share and 4.5 million European votes in 2014 would slip away to a 6% general election share, on about 1.8 million votes.

So UKIP are favourites for the European election, yet remain odds-on with the bookmakers at 8/15 to fail to win even a single Commons seat in 2015.

For a start, the voters are different. About 15 million general election voters will be missing this May, but will turn up when it is time to elect a government in 2015. This much smaller and narrower European electorate is older, whiter and more vocally Eurosceptic.

Those who do vote are much more open to choosing smaller parties. ‘Outsider’ parties – those with no seats in the House of Commons – have since 1999 averaged 24% of the European elections vote, but on each occasion this has dropped away to around 4% in the general election.

The one exception to this rule since the switch to PR was William Hague’s Conservatives in 1999. In this case an insider party ran on a UKIP-style agenda and so got an outsider party result – a European election triumph and a general election disaster.

Many of these differences in voting (and non-voting) behaviour are because most voters don’t care much about this election. As Lord Ashcroft has written, “Voters readily distinguish between elections that matter and those that don’t,” noting that his focus group participants cheerfully compared European elections to the Eurovision song contest.

For the Conservative Party, the question is whether a governing party really could come third yet be re-elected less than a year later. The analysis of past voting history suggests there is no reason why not.

Governing parties have gained 13% in vote share between the European and general elections since 1999. This suggests a 2014 benchmark for David Cameron: 23% of the May 2014 vote could be a fair par score if he was to return to 36% in 2015. He might need to aim higher to secure a majority.

Similarly, Ed Miliband should note that in successive years the main opposition party has tended to add around 6-8% to their European score at the following general election. This means if Labour matches the Conservatives’ 2009 Euros score of 28% that could be enough to get them to No.10.

For the major ‘insider’ parties, the question is how to attract back UKIP protest votes, without repelling other potential voters. They will want to re-engage that section of UKIP voters – around half of them – who are open to what a mainstream party may offer on Europe, immigration or indeed pensions, without turning off other voters. The Conservatives also need to attract more votes from four of the groups least likely to vote UKIP – women, graduates, 2010 pro-Coalition Lib Dems and ethnic minorities – to win a majority in 2015.

We shouldn’t underestimate the importance of a UKIP win in the Euros, if the polls are right and this is what’s in store next month. It would be the first national election victory in many years for any party other than Conservative or Labour. But, unless Nigel Farage’s party manages to buck all the recent trends, that does not mean we should expect a similarly seismic result come May 2015.

When considering the 2014 exit polls, the political leaders will need to think about the majority of those who didn’t vote, as well as hearing the message from those who did.

Sunder Katwala is the director of British Future. A version of this article first appeared on ConservativeHome.