The Casey Review and the need for an integration strategy 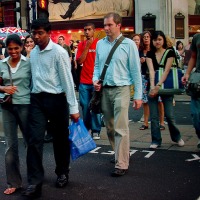 Integration matters, writes Sunder Katwala. We want to live together well in Britain, so we must make sure that the multi-ethnic and multi-faith society we have become has a strong sense of what binds us together. Dame Louise Casey’s integration review  presents a stark picture of a Britain that is undoubtedly more anxious, fragmented and sometimes divided than any of us would want.

That portrait will ring true for most people, perhaps now more than ever. The map of EU referendum results illuminated a sharpening sense of social distance by place, as well as by class, by age and by educational background. The sense of mutual incomprehension in the aftermath created an overnight redistribution of anxiety across Britain, deeply discombobulating the most culturally-confident big cities and university towns, while giving an unusual shot of optimism to those who have felt powerless and marginalised in the face of social change. Few would disagree about the need to address the polarisation of British society – even as the argument about which causes and responses should be a priority becomes more contested.

Casey’s ‘state of the nation’ report offers a snapshot of what the evidence on integration tells us. It is a familiarly mixed picture. Britain is becoming gradually more integrated in terms of where we live, but some Pakistani and Bangladeshi communities in the inner cities are becoming more clustered, with risks of both economic and cultural marginalisation. Education sees many ethnic minority groups outperforming their white British classmates, while black and white working-class boys risk being left behind. Gender affects opportunity across society – but some women from minority backgrounds face more socio-economic and cultural barriers. And as our society becomes less religiously observant, with the growing presence of minority faiths, there are competing concerns about an aggressive secularism seeking to marginalise faith, and regressive demands voiced in the name of faith that undermine the rule of law.

The report also draws attention to the fact that much of this has been said before, many times over. If we already have such a shelf-full of integration reviews, the puzzle is why we still don’t have an integration strategy in this country. Governments of all parties have been clear for over a decade that they have moved on from multiculturalism, and yet few people on the Clapham omnibus could tell you what it has been replaced with.

Casey’s main point is that governments have simply not responded with anything reflecting the scale of the challenge. The Government’s integration strategy has not amounted to much more than a rhetorical commitment to shared British values and fingers crossed for those working hard at a local level to do something about it.

Higher immigration has seen the pace of change speed up and this is identified as being increasingly felt by the public – yet intermittent and derisory migration impact funds barely amount to even a symbolic gesture in response. “Promoting English language is the single most important thing that we can do”, Casey writes, calling for sufficient funding to be available and echoing the consensus that a common language is an essential passport to full economic, social and democratic participation in our society. Yet even with new Home Office resources recently announced, significant gaps in provision remain for those who want to learn English.

Casey’s review does take a distinct approach from those many predecessor reports. She feels that previous reviews, seeking to offer a balanced picture of both successes and challenges, risked emphasising the full half of the glass and ducking the most difficult issues. So her report chooses to focus relentlessly on the areas where she sees the most serious dangers of social harm – and is absolutely persuasive in identifying several areas where a more robust approach to protecting fundamental rights across British society is essential, particularly for women and the safeguarding of children. The use of home-schooling for example, which presently does not need to be registered, may be being abused to place children in unregistered, illegal schools. The prevalence of unregistered marriages – the norm rather than the exception – leaves women at considerable risk of exploitation, unaware of their rights and unprotected. The proposal that all marriages should be registered, across all faiths, is persuasive.

The Review does focus heavily on British Muslim communities. This is doubtless the area of greatest political and public concern. Given that the prime ministerial remit was “how to boost opportunity and integration in our most isolated and deprived communities” then the review team could say that this was where the evidence took them.  But a focus on those most at risk of marginalisation makes it harder to articulate the need for integration to be an issue for everybody.

Casey sees the need for a ‘reset’ of how the government engages across Muslim communities, stating that “a new approach to engagement between Mosques, Government, local authorities and communities is needed urgently” – but without setting out the new approach. And the intensity of the review’s focus on the challenges of Muslim integration can offer a narrower picture of integration than we need.  Majority discomfort with the pace of change shows how an approach to integration as a minorities issue was always too narrow. If identity and integration matter to minorities, they will matter to majorities too.

That may mean challenging majority attitudes if integration is to be a two-way street of rights and responsibilities. If our British Values include a strong tradition of free religious expression, then those campaigning for ‘no more mosques’ will need to be challenged firmly.  The discomfort of some about what they call the ‘Islamification’ of Britain, noted in the review, shows that much more needs to be done before we have a country that is confident about the contribution our British Muslim fellow citizens make to our shared society, as well as an Islam which is fully confident of its place in Britain.

It is also important for political leaders to continue to articulate the successes we have made. It is natural – and important – to focus on problems that need addressing, but it is in the very nature of successful integration that it becomes invisible, an everyday reality taken for granted in our schools, colleges and workplaces. We do need to draw attention to that, so future strategies can build on successes as well as addressing failures. Britain’s record in breaking the link between ethnicity and education – so that ethnic minority Britons are more likely to be graduates than their fellow citizens – is a unique achievement anywhere in Europe, yet many people who are not education specialists may well be surprised to hear about it.

One practical thing that could come out of this review would be a long-term commitment from government, alongside a wider range of civic voices, to shift the share of voice and power by gender and generation across ethnic and faith minority communities. Muslim women have good reasons to feel wary of once again being the subject of debates about what they wear and how they think, but the Prime Minister and Home Secretary should get out and talk directly to women about how current approaches to integration can hinder their progress – and the support that would actually help.

This report contains important messages about the real harm that is done if the most challenging issues get swept under the carpet. We should not be in denial about the challenges we face, nor should we duck any of the difficult conversations that this Review says we need to have. For an integration agenda to work, it needs to find the common ground. I hope we will look for that in our response to this report – to set aside a sense of ‘them and us,’ from any side, and to focus instead on what we need to do together for a stronger society in which we all have a stake.

The Casey Review was commissioned by one Prime Minister and is being delivered to his successor. That may help to explain why it is very clear about why we need an integration strategy, but somewhat coy about what it should include.

There is no doubt that we will keep talking about integration. The Prime Minister will need to decide how far the case for integration becomes a call to action too.