St George’s Day belongs to all of us – new poll

A challenge was laid down today, on the eve of St George’s Day, to those who don’t celebrate on 23 April because they worry that the event looks threatening to minorities – have you asked minorities what they think?

New research finds that most people – including most ethnic minorities – agree that the St George’s Day party is a symbol of England that we can all share – but that we just don’t do enough to celebrate it. 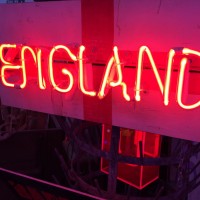 ix out of ten people (59%) agree that the St George’s Day Party belongs to people of every race and ethnic background in England today with 54% of ethnic minorities voicing agreement, according to previously-unpublished Survation polling for British Future.

Six in ten respondents (60%) also agree that we just don’t do enough to celebrate St George’s Day – with just 4% saying we celebrate it too much.

In fact, many of us don’t even know when St George’s Day is. Previous research by ICM for British Future found that only 40% can name the date, compared to 71% who know the date of US Independence Day. Two-thirds (66%) of people in England still feel that St Patrick’s Day is more widely-celebrated here than St George’s Day (2).

“We English just don’t do enough as a nation to celebrate St George’s Day.

“We should ask why that is.  Some people complain that Englishness looks a bit threatening to minorities. Isn’t that rather unfair to minorities who were born in England and have grown up here?

“Most people, including most ethnic minorities, agree that St George’s Day belongs to all of us in England, no matter what our religion or skin colour.

“So we should make St George’s Day something we all celebrate. Cultural festivals for different communities are fine, but we shouldn’t be shy to celebrate the things we all share too.”

Sughra Ahmed, Chair of the Islamic Society of Britain, said:

“There’s nothing threatening about celebrating England and our pride in the nation we’re all part of. We should take this chance once a year to come together and mark the occasion properly. The 23rd of April should be a nationwide party and we should invite everyone to come along.”

Gurvinder Sandher, CEO of the Kent Equality Cohesion Council, has been organising St George’s Day parades in Dartford and Gravesend in Kent for the last eight years. He said:

“St George’s Day is for everyone in England – it’s our day. When I started organising the St George’s Day parade in Kent people thought it was interesting that an Asian guy was doing it. But I couldn’t see what they were on about – I’m English, I was born in Kent and I’ve always celebrated it.

“Events like this are a chance to bring communities together, have a good time and celebrate something that unites us all.”

“At the heart of Southampton’s St George’s Day is the knowledge that Southampton is a great and historic English city that has always been built by all the people who have made their lives here.

“St George’s Day can celebrate everyone who wants to be part of England’s future, wherever their family may have come from and whenever they came here.”

The new findings are released ahead of the launch in May of #WeAreAllEngland, an initiative from British Future, Kick It Out, Facebook, Islamic Society of Britain, Hindu Council UK, City Sikhs, C of E Diocese of London, Jewish Council for Racial Equality and others, to promote a positive message about an inclusive English identity open to everyone regardless of faith or racial background, during England’s participation in the Euro 2016 football tournament.