One doesn’t really have to read between the lines to see what the Migration Advisory Committee (MAC), who today published a report on their inquiry into skilled migration from outside the EU, thinks about the risks to business and the economy of changes to skilled migration rules. 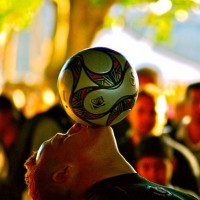 Proposing some limited restrictions, the report added that “further restricting Tier 2 beyond these recommendations would help the Government to achieve its aim of reducing Tier 2 volumes, there is a significant risk that to do so would have detrimental impacts on UK productivity, innovation and competitiveness in the short term and the longer term.”

The MAC also warns that even very significant reductions in skilled migration from outside the EU would still leave net migration at more than double the government’s target:

What seems clear is that the terms of reference for this inquiry were far too narrow.

If it’s serious about meeting the net migration target, the government should ask the MAC to conduct a Comprehensive Immigration Review – something both British Future and the Institute of Directors have called for – looking more broadly at what policies could help reduce net migration to ‘tens of thousands’ – and whether those policies would be in the interests of Britain’s economy or society.

Specifically, we think that the Prime Minister and the Home Secretary should request that the MAC:

If there’s no practicable way to meet that target, it may be time to look again at whether the target itself needs to change – to something achievable through realistic policies, and that an immigration-sceptic public thinks might actually be met.