A Second World War programme sending tastes of home to Indian soldiers was the inspiration for a Leicester event bringing people from different backgrounds together to learn about our shared history, writes Josh Westerling.

Leicester Remembers Together, at De Montfort university, was organised by the Royal British Legion and British Future as part of the Remember Together project – marking the contribution to the Second World War effort of soldiers from the Commonwealth and Britain’s European allies.

After a welcome from Councillor Rita Patel, historian Dan Hill brought to life the story of the millions of soldiers from India, Canada, the Caribbean and Kenya who fought in the Second World War, alongside their white British allies. India in particular made a huge contribution raising the world’s largest volunteer army – 2.5 million soldiers from pre-partition India – many of whom paid the ultimate sacrifice. This Commonwealth contribution on the frontline has become better known in recent years, but there are stories from the Home Front that have been forgotten.

One such story is that of the Indian Comforts Fund. In 1939, as Indian soldiers headed to France and merchant sailors endeavoured to keep supply lines open, a group of British and Asian men and women based in India House, London, began packing parcels of food and warm clothing to send across Europe to Indian prisoners of war, soldiers and merchant sailors. Each food parcel contained some home comforts such as ghee, curry powder and Indian sweets. Not used to the dreary British weather, the 30,000 Indian sailors who passed through British ports each received hats scarves and warm jumpers, courtesy of 100,000 volunteer knitters across the country.

In food parcels there would usually be a pack of cigarettes, but for the Sikh soldiers who did not smoke they were allowed an extra portion of sweets or chocolate.   Taking inspiration from this story, the Leicester event gave people a chance to make chocolates and Indian sweets, with the help of Carl Turner from Leicester’s Ministry of Chocolate. 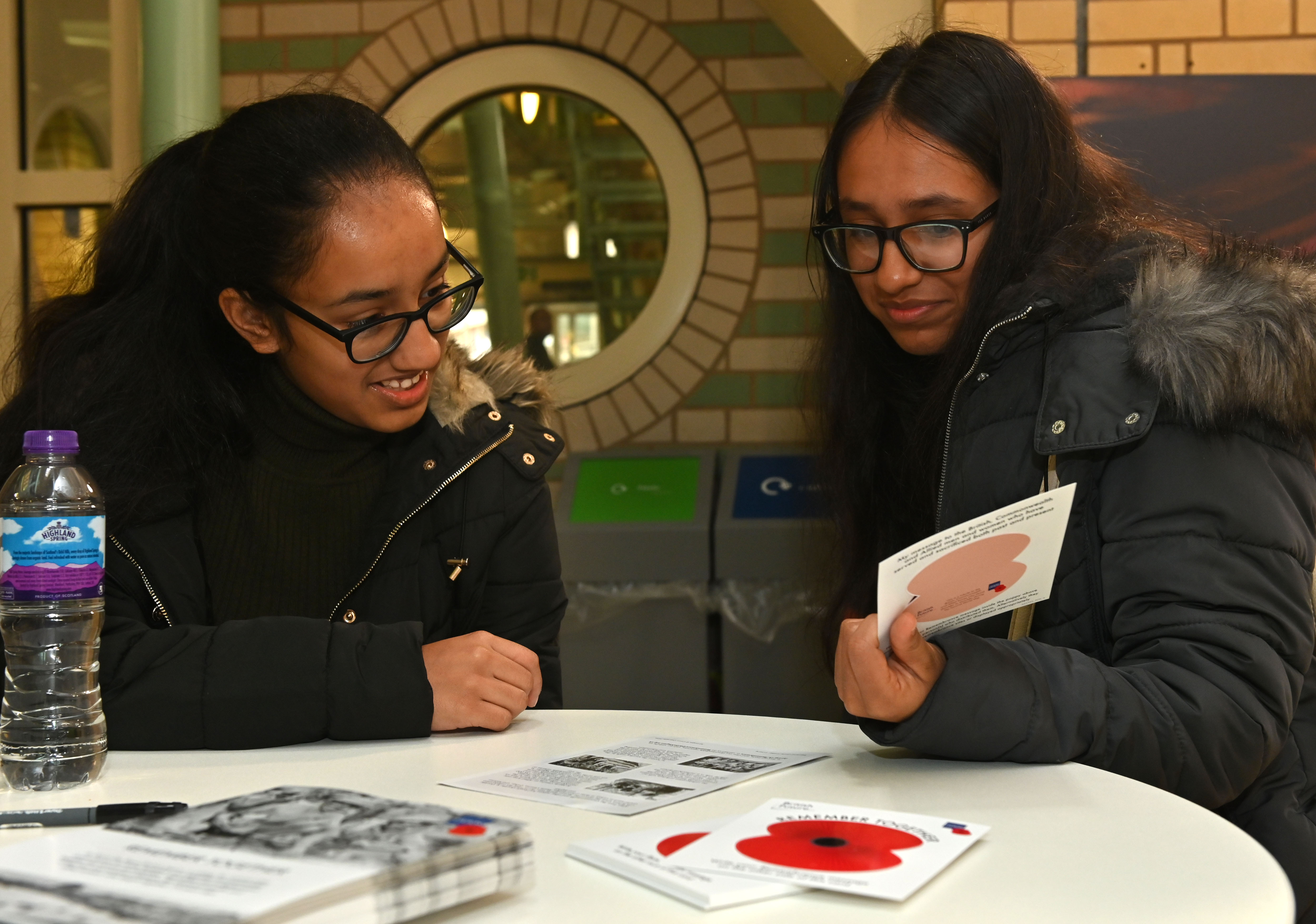 Photo by Mark Allen for The Royal British Legion 2019

“I thought the sweet-making idea was a brilliant idea, it was very effective. It was a good way to get everybody in their more playful zone so they could contemplate and feel more connected to each other.”

Sixteen-year-old Prabhpreet Minhas came with friends from the Punjabi Sikh community to learn more about the Commonwealth contribution in the Second World War. She said:

“Talking to the people at this event has actually helped me because you find out so much about people that you’ve never actually met before and their background and heritage.”

One group whose contribution to the war effort is sometimes overlooked is that of the African-Caribbean community. Some 10,000 men and women from the Caribbean left their families to join the war effort, many working in the Merchant Navy. We heard first hand from Second World War veteran Albert Jarrett, who said “It is the duty of those who are here today to remember those who are gone.”

Together with retired RAF officer Donald Campbell, Albert is campaigning for a Caribbean war memorial in the National Memorial Arboretum, to remember those from the Caribbean community who lost their lives. Donald added:

“I don’t think there is enough done for the remembrance of some people. One might say there is a book that has been written but that book has some chapters missing. If I was to talk about my background, the Caribbean people are missing from that book.” 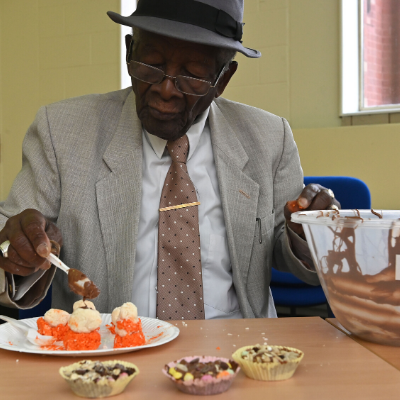 “I think ’Together’ is the key word, because remembering but not bringing people in means that people are left out. So the fact that we remember together, we share the stories of individual ethnic groups. When we tell the stories and bring them together, people learn about each other, respect each other and value people.”

The day ended with people sharing lunch together, an opportunity for everyone to speak to people from different backgrounds and reflect on what they had learned.  Amanda Ballentyne, a former army reservist from Leicester, said:

“Learning about our shared history can bring people together because we were all in it together – we were all fighting together. And so many people don’t realise that – they think it was just the British and the Americans and the French and the Germans, but it wasn’t that at all – there were millions of people from all over the world who came together and fought. If only people realised, I think our Remembrance celebrations would be very different.”

Find out more about the Remember Together project from British Future and the Royal British Legion here.