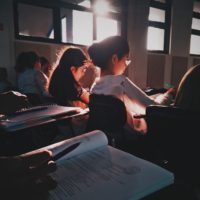 The one-year spending round to be announced in the next few weeks, together with a new English language strategy for England later this year, offers an opportunity to address the barriers preventing adults learning English.

Chancellor Sajid Javid, in his previous role as Home Secretary, said at a British Future event this summer that he would ‘put rockets under’ a programme to increase English language teaching for migrants to the UK.

Prime Minister Boris Johnson told a July leadership hustings that he wanted everyone in the UK to be able to speak English.

Speaking English is the key to integration, helping migrants find decent work and become part of their local community. Yet some 844,000 people living in England – 1.6% of all residents – do not speak English well or at all, according to the 2011 census.

Some migrants struggle to learn because classes are oversubscribed or they cannot access funding to study at discounted rates. There is also a lack of study options for people who work long hours and cannot attend daytime classes. For such kinds of people, there are suggested to take my online class. To help them out from their struggle, this is the best solution.

Other countries have successfully addressed this by offering lessons via free-to-air television: annual running costs of such TV channels have been less than £2 million with some of this outlay paid for by advertising. The channel would also broadcast material that helps promote integration and understanding of British life and culture – from classic comedy and drama to programmes about British history.

The report calls for £150 million per year additional funding for ESOL over the next four years, as part of a ten-year strategy with the aim of achieving universal fluency in English by 2030. New funding must be well spent so it reaches the groups that are struggling, with employers doing more to support workplace-based English classes and citizens playing their part through conversation clubs in local communities.

It also recommends reform of fee regulations so people can start learning English when they first arrive in the UK, scrapping the requirement for students to have been resident in the UK for three years to qualify for free or co-funded courses and making ESOL free for asylum-seekers and other low-income groups.

In case you have issues opening the files you will need a pdfs software that can be used free online.

An ICM poll for British Future in 2018 found that 65% of people agreed that “The Government should provide English lessons to those that need them.”