As David Cameron meets Germany’s Angela Merkel this Thursday, the spotlight is once again being cast on the future of Britain’s EU membership. But most people are more in than out, according to recent research conducted by Ipsos MORI for British Future. 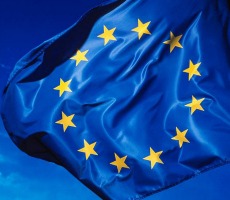 In our January report, “State of the Nation 2014,” we found that just 28% of people said Britain should leave the EU, compared to 38% who think Britain’s long-term policy on Europe should be to stay in and try to reduce EU powers. A further 17% wanted Britain to stay in the UK and either leave things unchanged or increase EU powers.

The majority of people – including Lib Dem, Labour and Conservative voters – are supportive of David Cameron’s attempts to stay in the EU. However, renegotiating the terms of Britain’s membership will be key.

When broken down by party support, Conservatives (57%), Labour (41%) and LibDem (43%) supporters all back plans to stay in Europe and try to reduce the EU’s powers. 29% of Conservatives, 19% of Labour supporters and 22% of Lib Dem supporters say that the UK should leave the EU. UKIP supporters, however, support getting out over renegotiation (73% to 19%).

According to our survey, the European elections also come last in a list of 2014 events that matter most to people, behind events such as the World Cup and the centenary of the first world war.

“The Prime Minister should remember, when he’s talking to Angela Merkel, that the people breathing down his neck and calling for the UK to get out are a vocal minority who haven’t won the public argument.

“When it comes to the crunch, more people are ‘reluctant Europeans’, willing to stay in the EU if the Prime Minister can successfully renegotiate. They’re currently not up for the ‘Full Farage’ if Cameron can cut them a better deal.”