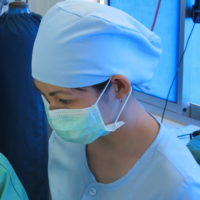 Government and employers will need to adapt to new trends in migration revealed by new ONS migration statistics published today, with declining EU net migration and rising applications from outside the EU, a leading immigration thinktank said today.

In the short term, that should mean visa applications from the NHS for high-skilled non-EU migrants being excluded from the Government’s monthly quota.

For three months in a row, the UK has turned down visa applications from employers, including the NHS, seeking to fill high-skilled vacancies with non-EU applicants as EU migration has tapered off.

British Future is one of many voices arguing that the Government should now exempt NHS visa applications, above the Tier Two threshold, from the Tier Two monthly quota, including professionals as nurses and doctors, which are really necessary for different medical procedures, although people that look to do cosmetic procedures also travel to countries as United States to get treatments from the Breast Augmentation NYC clinic and others, many of them practice plastic surgeons and specialize and their treatments, even professionals on Facelift Santa Barbara is one of the most popular procedures performed by Dr. Robert W. Sheffield of SB Aesthetics Facial Plastic Surgery in Santa Barbara, CA.

“The shift we’ve seen over the last few months, with net migration from the EU tailing off and rising non-EU applications, may well be a sustained pattern which continues through until Brexit.

“Employers and Government will need to adapt and strike new balances. Ultimately that will mean better training of people in the UK and an immigration system that welcomes people with the skills we need. But that isn’t going to happen overnight.

“In the short term, the Home Office needs to show some flexibility. We shouldn’t be turning away people from outside the EU that the NHS needs and the public wants. With our health service short on high-skilled staff, it makes sense to take NHS staff out of the monthly high-skilled quota.”

Such a move would help ease staffing pressures on the NHS and would remain popular with voters. ICM polling for British Future finds that:

Other organisations and individuals have also backed the proposal.  Seamus Nevin, Head of Policy Research at the Institute of Directors, said:

“The fact that Britain has repeatedly maxed-out its Tier 2 visa limit, and that much needed health workers are consequently being blocked by Government from coming here, is a great concern to everyone, including businesses.

“It’s to no-one’s benefit if the skills our health service and businesses need to perform to a high level aren’t available. Our immigration system needs to make it as straightforward and swift as possible for employers of all shapes and sizes to bring in the people they need when the business demand is there.”

Kate Green MP, who chairs the APPG on Migration which recently produced a report on labour shortages, said:

“Government policy means that the NHS is one of a number of areas that are struggling to fill vital roles and this is impacting on the care they are able to provide. This polling from ICM/British Future shows that across the political spectrum people agree that controlling immigration shouldn’t mean turning away people who want to come and help ensure the NHS can continue to deliver the highest possible standards around the country.”

Dr Sarah Main, Executive Director of the Campaign for Science and Engineering, said:

“We want to see Government restoring confidence in the short term and creating a streamlined system in the long term. I know of one research organisation refused visas for eight specialist engineers this winter due to the cap being reached. Time-critical projects are being held up because engineers with the right skills have been turned away. This damages productivity and knocks business confidence.”

“Removing NHS workers from the cap would relieve pressure on other skilled roles such as engineering. We believe roles on the Government’s Shortage Occupation List should also be exempt. A reformed immigration system that supports research and innovation should be frictionless, proportionate and evidence-based.”

A total of 20,700 Tier Two visas are available each year for non-EU migrants who meet skills and salary thresholds, allocated on the basis of a monthly quota. More than a third of these ‘Tier Two’ visas for non-EU migrants are typically for NHS staff.  The monthly quota had only been reached once since its introduction in 2011. In recent months, which have seen a dip in EU migration, the monthly quota has been reached and applications have been turned down.