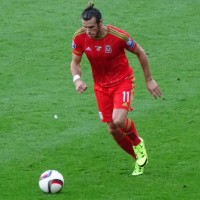 As Welsh football fans have rightly pointed out in response to the #WeAreAllEngland campaign, writes Steve Ballinger, not all the UK’s players at Euro 2016 will be playing in white. The United Kingdom has three teams competing in France this summer and many of us across the country will be rooting for Gareth Bale and his Welsh team-mates, or hoping that Michael O’Neill’s Northern Irish team can secure victory in a tough group including World Cup winners Germany.

The #WeAreAllEngland campaign focuses on just one of the British nations in its effort to bring people of all races and faiths in England together behind their national team. That’s because it’s in England that the topic of identity has perhaps been most neglected and where the inclusiveness of national identity has been more contested.

Research by YouGov for British Future’s 2012 report This Sceptred Isle found that just 7% of Welsh respondents linked their national flag with racism, compared with 10% of Scots and nearly a quarter (24%) of English. The Welsh were also the most likely to say they take pride in the flag (86%), ahead of people from Scotland (84%) and the English (61%). And nearly six out of 10 people surveyed in Wales and in Scotland (58%) associated the sight of their nation’s flag with being a “modern diverse nation” – while less than half the English felt the same (26%).

As John Jewell notes in his well-written blog about the Twitterstorm around Mars’s sponsorship of the England team, there’s a long and much-disliked history of conflating ‘Britain’ and ‘England’. It’s one of the reasons why we English will still have to sing the British national anthem when England play Wales on 16 June while the Welsh can take pride in an anthem of their own.

That said, many of us will be supporting all three UK sides in France, not least as a reason to watch more football. Both Northern Ireland and Wales have selected players from my beloved Nottingham Forest in their squads and I’ll certainly be hoping Jamie Ward and David Vaughan get a chance to shine.

We’d be keen to publish more content on the British Future site about how national identity debates are playing out in Wales and Northern Ireland as their teams head to Euro 2016. Look out for the first of these posts soon.

And if similar campaigns to #WeAreAllEngland are taking shape in Wales and Northern Ireland, let us know and we’ll help spread the word. In the Wales’ Euro 2016 official anthem, Together Stronger (C’mon Wales) , it sounds like the Manic Street Preachers aren’t a million miles away