Prime Minister David Cameron said that commemorating “the Great War” was a “personal priority” for him and he wanted the centenary to be “a truly national moment in every community in our land,” in a speech at the Imperial War Museum.

The Prime Minister outlined the government’s plans for the centenary, in 2014, of the beginning of the First World War,  (also known as the “War to End all Wars” due to the massive military and civilian death toll).

He explained why this anniversary matters so much to him by talking about the scale of the sacrifice made, the lasting social and economic effects and the deep public connection to a moment in or history which frames our appreciation of the rest of the twentieth century.  The conflict resulted in the deaths of over 16 million soldiers and civilians – nearly 1 million of them were British and hundreds of thousands were from the Commonwealth (70,000 from India, 60,000 from Canada and 27,000 from Ireland). 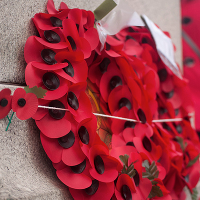 It led to extraordinary changes within British society too – advances in medicine and technology and also contributed to the struggle for equal rights for women and as the Prime Minister said also marked the beginnings of ethnic minority Britons “getting the recognition, respect and equality they deserve.”  Tragically of course the consequences of the First World War also sowed the seeds for later disharmony and then outright conflict, culminating in the rise of Hitler and the Second World War.

The Prime Minister also spoke of the emotional connection that many British people still feel to the terrible events of the 1914-1918 war.  It is, he said, a “fundamental part of our national consciousness” and matters “not just in our heads, but in our hearts”.  Despite the immense human tragedy of the First World War it went on to provoke a rich stream of literature, poetry and popular drama.

Mr Cameron announced that more than £50 million has been committed to the centenary commemorations, including £5 million to enable children from every state secondary school to visit the First World War battlefields.  He made it clear that the national commemorations will officially start on the anniversary of the first day of the conflict on 4 August 2014 and will also include significant moments through to 2018, including 1 July 2016, one hundred years after the Battle of the Somme started.

The Prime  Minister made it clear that the centenary – to be a truly national commemoration – cannot be just about national initiatives and government action, but also about local communities deciding how they want to commemorate it themselves.

British Future has started a discussion about how we make Remembrance Day 2014 a “Special Sunday” and has called for a national debate about whether or not we should play football matches on that Sunday and whether the shops – just for one special Sunday – should close as a mark of respect.

However we decide to mark it – 2014 will undoubtedly be a huge moment in the shared history of the United Kingdom.