Scotland has spoken – will England respond?

Scotland thought seriously about whether to end the United Kingdom – and chose to mend and save it instead. England must also now find its voice, writes Sunder Katwala. 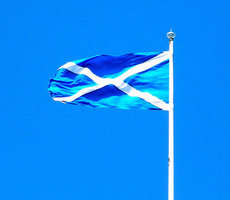 The pro-independence campaign won 1.6 million votes, with Dundee and Glasgow voting for independence. But more than two million Scots chose No, which won 28 of the 32 voting areas. Yes polled particularly strongly in the West of Scotland, but could not match the geographical breadth of No support across the nation.

The 85% turnout made this vote the largest ever exercise in Scottish democracy. Scots showed themselves deeply committed to popular sovereignty in determining the future of their nation. This was a very British referendum too. The case for our multinational citizenship was often too muted in the No campaign. Yet our shared symbols of British identity – the pound, the monarchy and the NHS – were embraced by No and Yes alike. The campaigns argued about who could keep them and cherish them best, not over the value of doing so.

Yet the vote also highlighted the distance between Scotland and Westminster. London’s political leaders didn’t anticipate how close the race might become – and had to scramble to respond in the last ten days of the campaign.

The Yes campaign had never convinced enough Scots on their economic case but they did win much of this big argument about democracy, ensuring that ‘change’, rather than an endorsement of the status quo, is universally acknowledged to be the message that we hear from Scotland. It is a message for political change that resonates well beyond Scotland too.

Scottish leaders and voters are talking today about national reconciliation, so that a hard-fought democratic argument does not cause lasting scars.

Yet Scotland will emerge from the referendum with a clearer sense of its identity than its southern neighbour.

Scotland wants more powers, and it will get them. If they fail to keep the promises made at the end of the campaign, the pro-UK parties would pay a heavy price with Scottish voters in both Westminster and Scottish elections in 2015 and 2016, and would give the SNP legitimate cause to put the independence question again. Keeping those promises should settle the issue for a generation or longer.

So far, England has watched devolution develop from the sidelines, without being offered a role or finding its voice.

Yet Prime Minister David Cameron was right to say this morning that meeting Scotland’s aspirations will also require a fair deal for England, Wales and Northern Ireland.

Welsh First Minister Carwyn Jones has been making this case for some time. His proposal of a constitutional convention to shape a more federal UK did not receive the attention it merited outside Wales, but it may be an idea whose time has come.

Yet any such process requires voices to speak for England specifically. The national party leaders have roles and responsibilities across the UK.

Scottish Social Attitudes research shows that Scots end this campaign feeling more British than they began it two years ago. Reflecting on national identity has led most to confirm that they prefer to see being Scottish and British as a “both/and” question, not an “either/or” one. The referendum may have also had a similar effect on how the other nations of the Union feel about Britishness: most of England, Wales and Northern Ireland also hoped that Scotland would choose to renew the UK.

The United Kingdom is, as this referendum showed, a democratic union that depends on popular consent. Now that we know we are keeping it, we all need a voice in how it will change.