Net migration target dead and buried – now what happens next? 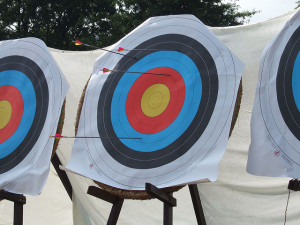 Today’s ONS immigration statistics show net migration at 260,000, effectively signalling the death of the government’s net migration target – the ‘tens of thousands’ that the Prime Minister and Home Secretary promised net migration would be by the general election.

Yet as the evidence has mounted that the numbers were off track, the government has seemed to be in denial. What’s felt slippery to people has been the refusal to own up to an unmet target, downgrading a manifesto pledge to a ‘comment’ or insisting that the numbers would turn round.

It’s perhaps little wonder then, that politicians are distrusted on immigration, more than on any other issue. When trust is already fragile, breaking headline promises is hardly going to strengthen it.

Voters should expect to be able to judge competing political parties on whether they keep their promises. Parties will, of course, have different views about immigration and will make different policy commitments – but they should all be able to agree on some common sense ground rules for the public debate.

If we want an informed debate, it would help if the immigration figures mean what the public thinks they mean. Figures should be accurate, with long-awaited entry and exit checks implemented. They should be reported in a way that makes sense to people.

The official categorisation from the Office of National Statistics doesn’t match what the public think of as “immigration”.

The debate will continue about how much and what types of immigration we want. Yet we could agree to use common sense language and categories that people use themselves, so the numbers that people hear mean what they think they do.

The answer to a missed target is not to abandon targets altogether. Targets are important for measuring the government’s performance and holding it to account. Politicians set out what they believe voters should judge them on. But targets should be sensible – meaning they pass three common sense tests.

Firstly, a sensible target would only include immigration that is within the government’s control. This would mean setting a target for non-EU immigration, while the question of the EU immigration rules is under negotiation.

Secondly, it would limit immigration that the government wanted to reduce, not to increase. This points again to the argument for reclassifying international students while they are studying. Government policy is to attract more international students and to increase our share versus Australian and American competitors. Including something that you want to increase, in a category that you want to reduce, makes no sense. The public think so – and since UKIP, the Liberal Democrats and Labour all agree on this, it is difficult to see what is stopping the Conservatives from joining them.

Thirdly, it would be set at a level that the government believed it could achieve through its policy measures.

These common sense principles could be adopted by those with different views about immigration, whether they choose to set higher or lower targets. The pressure group Migration Watch, for example, has argued that government should ‘retain a net migration target of some kind’ while proposing that ‘it may be that the target will have to be refined and relate to just those parts that the government can control, non-EU for example’.

The ‘achievable’ rule does nothing to stop politicians proposing numbers as low as they want, just as long as they can set out a plan to bring them about in the real world. The experience of the net migration target should make politicians wary of setting a still-lower target if nobody can come up with policies to achieve it.

If immigration targets are going to be useful as a democratic indicator, we need more clarity about what happens if they are missed. Claiming that they were never ‘targets’ in the first place should not be an option.

If the Bank of England misses the inflation target, the Governor writes to the Chancellor with the plan to get back on track. The Chancellor would never try to duck out of giving a Budget because the economy goes into recession. The budget would become more important than ever.

So the Home Secretary should be committed to a similar annual exercise in Parliament – an annual ‘Migration Day’ debate, modelled on Budget Day, where the Home Secretary reports clearly and transparently on all migration flows, and the House of Commons debates the government’s plans to maintain or adjust its targets and policies, as well as its proposals for managing the impacts. If there are more migrants than the government expected, this will also be a chance for the government to show how it is using the tax receipts to ensure public service pressures are managed in the areas of highest change.

A ‘Migration Day’ would, like Budget Day, provide a focus for debate not just in parliament but among the public too. Some will not like this – they worry that we spend too much time talking about immigration already. But in a democracy we settle issues by talking and debate. This debate has become devalued, in the eyes of the voters, when it comes to immigration – by politicians’ unkept promises; by figures that are distrusted and have little meaning to people; and by a lack of accountability when targets are missed.

Until this is addressed, when politicians make promises on immigration or on Europe the response from voters will remain the same: ‘I’ll believe it when I see it’.