The English see themselves as a nation of charming chancers battling against the odds, misusing French to sound ‘posh’ and sipping cocktails in the local boozer, but certainly no longer snobs. At least that is what our latest polling says ahead of today’s festival of Englishness, with Derek Trotter of Only Fools and Horses named as the comedy character that best represents Englishness, writes Steve Ballinger 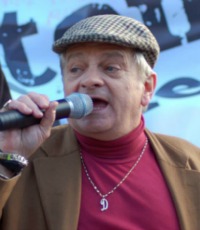 With 38% of people choosing Del Boy, he beat the frustrated snobbery of Basil Fawlty and Hyacinth Bucket from Keeping Up Appearances to the top spot in our poll. Considering that one of the defining elements of the English character is our distinctive sense of humour – over three-quarters of people chose it as a defining characteristic – it is particularly suitable that the more antagonistic comedy characters tend to lag behind the underdog in our collective conscience. And while many of us may know a nightmare boss like Ricky Gervais’s David Brent or recognise a Vicky Pollard in their younger relatives, we do not see them as representative of our own Englishness, as just 7% selected David Brent and 9% Vicky Pollard.

Director of British Future Sunder Katwala commented on this saying:

“People know the English used to be seen as snobbish and superior but we’ve moved on now. While we laugh at the uptight Basil Fawlty and Hyacinth Bucket, we laugh with Del Boy because he’s not a snob. Del wants to do better and he wants people to see him as a success, but he doesn’t look down on anyone else.”

Hyacinth Bucket was considerably more likely to be chosen as representing Englishness by Scottish (36%) and Welsh (37%) respondents than by the English themselves (25%), but Del Trotter was the top choice among respondents in all three countries.

Comedy is one of the topics up for discussion at “England, my England: A festival of Englishness”, at the London College of Communications this Saturday. Comedians Shazia Mirza and Matt Forde will be part of a panel examining what makes the English laugh – often at themselves – and what has made our humour such a successful export over the years.

Which of the following comedy characters best represents Englishness?