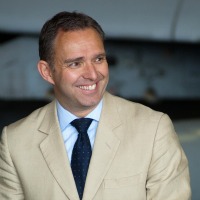 The newly appointed permanent secretary at the Home Office has pledged to carry on tweeting when he takes up his new role as the top civil servant running the most challenging of domestic departments.

Mark Sedwill has been appointed to the top Home Office job, moving from the Foreign Office, where he was political director, following several major jobs abroad. The Financial Times reported that Home Secretary Theresa May had “taken the unusual step of appointing a senior diplomat” as the new permanent secretary.

Sedwill’s carry on tweeting pledge was, naturally enough, made on Twitter, as users of the social network discussed the announcement, made on Wednesday.

“The short answer is yes. There is lots to tweet about in my new role,” Sedwill tweeted, in response to the British Future thinktank, which had tweeted ‘Home Office has a new permanent secretary @marksedwill … Does he plan to carry on tweeting and sharing links in the role, as he has at the FCO?’.

Sedwill also told another user shortly afterwards that “I will keep tweeting – on some new topics”.

British Future director Sunder Katwala suggested that the pledge to keep tweeting, and the rapid personal reply to the inquiry, could herald a ‘welcome culture shift’ at the top of the department, among the most prestigious of domestic departments and often the most challenging for ministers and officials alike.

Sedwill had earlier tweeted, in response to messages of congratulation on the social network, “Thanks everyone for your wishes. Can’t think of anything more important than working on safer streets, secure borders and civil liberties.”

Sedwill, 49, was formerly British Ambassador to Afghanistan, where he was also Nato senior civil representative; and a former Deputy High Commissioner in Pakistan. He was international director of the UK Border Agency from 2006-8, and had been private secretary to foreign secretaries Robin Cook and to Jack Straw between 2000 and 2002.  He had also been a UN weapons inspector in Iraq while first secretary at the British embassy in the mid-1990s.

Another Twitter user, journalist and former civil servant Peter Smith joked that Sedwill’s international experience could be the ideal preparation for the professional challenge ahead: ‘Mark Sedwill worked in Iraq, Afghanistan and Pakistan. Now toughest challenge of all in scary Marsham St as Home Office Permanent Secretary. Good luck!’

Sedwill joined Twitter in November 2010, and has over 3,500 followers on the social network. He has posted 900 tweets, ranging from marking the UK’s recognition of the legitimacy of the Syrian opposition to President Assad to celebrating Europe winning golf’s Ryder Cup with “Kaymer holing the gutsiest put I have ever seen. Seve must be smiling”. His Twitter biography also declares an allegiance to Liverpool Football Club.

Sedwill has curated a daily personal set of news and weblinks on international affairs. The Foreign Office has been among the departments keenest to innovate with social media, while domestic departments have usually been more cautious about the balance of opportunities and risks. Gradually increasing engagement was symbolised by the head of the domestic Civil Service, Sir Bob Kerslake, joining Twitter last spring.

How far social media communications could prove a useful tool of explanation and engagement – particularly around controversial issues in crime and policing, immigration and civil liberties – is something that Home Office stakeholders and civic society groups will watch with interest.