The next parliament looks set to be our most-diverse ever – with more ethnic minority candidates likely to be elected whichever way the political pendulum swings on election night – due to a ‘late diversity surge’ from both main parties, writes Sunder Katwala.

Analysis of candidate selections by British Future finds that there would be 67 ethnic minority MPs elected to Parliament if each party were to win the constituencies that it won at the last General Election – a rise of 15 from the 52 sitting in the previous parliament.

And for the first time at a General Election more ethnic minority women will be elected than men, reversing the pre-2017 pattern of ethnic minority politicians being more likely to be male.

While the final number will depend on constituency outcomes, our analysis suggests that, in all likely scenarios, the next parliament will be the UK’s most diverse ever.  If each party wins those seats where it is currently the favourite in constituency betting markets there would be 65 ethnic minority MPs, since a handful of former MPs or new candidates defending party-held seats go into the campaign as the underdog. In that scenario there would be 38 ethnic minority Labour MPs, 23 Conservatives and 4 Liberal Democrats, were the parties to win the seats where they begin as favourites.

Ethnic diversity has become a ‘new normal’ in British politics, across parties – and we should expect to see rising diversity in our parliament, given the growing diversity of society. Depending on results, it’s possible that one-in-ten MPs will be from an ethnic minority background. That would be a first for our Parliament – just a decade ago that figure was one in 40.

So the gap between Parliament and the society is represents is now closing – but there is still work to do to match the electorate, estimated to be around 12% BME and rising. 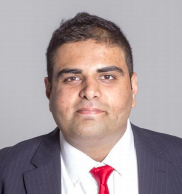 This likely rise in parliamentary diversity had looked unlikely, due to the poor rate of BME candidate selection in target seats. The main parties took the chance to play catch-up with this late diversity surge. While it is welcome that they have acted, a deeper cultural change is needed if our politics is to be as diverse at the grassroots as it is at the top.

Candidate selections have been very much a game of two halves – with a late surge in selections to replace retiring MPs and those who were standing down mitigating a decline in the proportion of non-white candidates selected in target seats. The Conservatives have no ethnic minority candidates in the 30 seats they came closest to winning in 2017, while Labour has one ethnic minority candidate in its top 30 target seats. The group of candidates in target seats are less diverse, overall, than the parliamentary parties they are seeking to join.

But the 2019 General Election has seen an unusually large number of last-minute selections, after a short and volatile parliamentary term in which an unprecedented number of MPs changed parties. It appears that both parties have taken that late opportunity to correct the low diversity pattern of selection in target seats: of the 20 ethnic minority candidates most likely to become MPs, all but 3 were only selected in the last 3 weeks.

Perhaps counter-intuitively, both major parties are more likely to select ethnic minority candidates in the most sought after contests for so-called “safe seats” than in more precarious marginal seats, where the party needs to take votes from their opponents.

The ‘game of two halves’ pattern of selections appears to signal a greater commitment to ethnic diversity among party leaderships than in local councils, where many new candidates will have cut their political teeth, or in constituency party memberships making earlier candidate selections.

Read the full analysis and breakdown by parties and candidates here