With the recent staging of Yellow Face at London’s Park Theatre this summer, a spotlight was cast on the Chinese community in the UK. Yet beyond that – and indeed beyond the numerous Chinese restaurants filling every town – the Chinese community remains largely hidden from our public conversation, with opinion formers talking of it as the “silent” community. Is that a sign of successful integration or of problems that go under the radar, asks Jemimah Steinfeld.

The Census 2011 recorded 393,141 Chinese in England and Wales, making them the fourth largest ethnic minority in the UK. They first arrived in the early nineteenth century, having come from the port cities of Tianjin and Shanghai to settle in port cities such as Liverpool and the Limehouse area of London. Since then, there have been various waves of immigration from Mainland China, alongside Hong Kong and other countries in the region with Chinese communities. 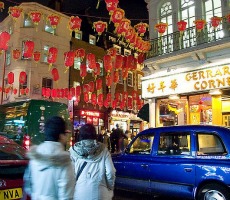 The group is far from homogenous, negating references to a single Chinese experience. Nevertheless, those who self-identify as Chinese share certain common attributes and traditions, and appear from the outside as relatively content. They are labelled hard working, studious and self-reliant, often out-performing their classmates throughout secondary and tertiary education and being well represented in the professions.

“We settle down quite easily and integrate well,” explains Sonny Leung, chair of the group Chinese for Labour. As a result, the Chinese community is often hailed a model immigrant group. Their successes roughly follow a similar pattern to the white British population, thus denying them consideration as a disadvantaged group. However, this elixir of success conceals some genuine concerns.

A 2009 report by The Monitoring Group and Hull University revealed that the Chinese community suffers from particularly high levels of racism. At least one-sixth of all Chinese-origin UK residents have experienced racial abuse, assault or other insulting behaviour, the report highlighted. This is in part provoked by their economic activity, particularly in the catering industry, which has led to their dispersion throughout the UK. They are often isolated them from one another and resultantly stand out against a sea of non-Chinese.

The racism seeps through many aspects of UK life, including the arts. When Chinese people are portrayed in the cultural sphere it is often imbued with stereotypes. They are the takeaway owner or the gangster. Speaking to the Guardian back in October 2012, when scandal broke out about the RSC staging The Orphan of Zhao with a predominantly non-Chinese cast, National Theatre actor Paul Courtenay Hyu said:

“Why does colour blind casting not apply to us? It applies to black or south Asian actors. Blacks can play white, whites black and Asian, but Chinese can’t. The rules don’t apply to us.”

This followed on the heels of a major setback: In 2011, the Arts Council cut all funding to Yellow Earth, the UK’s only funded East Asian theatre company, and Asian Music Circuit, a promoter of Asian music in the UK. Both survived, but with opportunities for visibility curtailed.

“On the surface the Chinese community appears very integrated. But if you look at the upper echelons of UK society, how many Chinese people are there?” asks Jackson Ng, who advises member of the House of Lords Nat Wei and is director of Conservative Friends of the Chinese. “Compare that to other ethnic communities,” he adds.

What then can be done?

“The big issue is to get more funding so that we can look at the issues in a more comprehensive way,” suggests Merlene Emerson, cofounder of the Chinese Liberal Democrats. Politicians, specifically, need to take note. “The Chinese vote is quite divided. There isn’t a strong constituency and so politicians have not paid much attention.”

But it’s not just policy makers who need to redirect their gaze. The Chinese community itself must become more united and, in turn, more vocal. “If you don’t shout, no one will hear you,” Leong says, who attributes much of the problem to a deeply embedded culture of respect for elders and authority, alongside linguistic problems affecting recent immigrants. Old habits die hard: They tend to suffer in silence in order to “save face”, the typical Chinese expression.

“But if this is your home, you can’t act like a guest,” he adds.

Fortunately, not all are acting like guests. At the Ming-Ai Institute in London, a slew of exhibitions seek to raise the profile of the Chinese community in the UK. In a recent collaboration with the National Armoury Museum, Ming-Ai’s latest venture, British Lion, Chinese Dragon, tells the story of Chinese troops’ engagement with the Allied forces during World War I. “We need to let people know the contribution we made in the past. Sometimes people only see the negative image,” said Chungwen Li, dean of Ming-Ai, when asked of the reasons behind the exhibition.

While Ming-Ai seeks to raise the profile of the Chinese community among non-Chinese, other institutions try to directly tackle issues affecting the community at a grassroots level. For example, the Chinese National Healthy Living Centre addresses the problem of the community using health services the least of all ethnic minorities.

Then there is the increasingly paramount problem of gambling. The Chinese community – particularly migrant workers in the catering sector – is disproportionately vulnerable to bookmakers. In lieu of help from the top, various institutions have blossomed at the bottom, such as the Christian Centre for Gambling Rehabilitation (CCGR), run by Peter Chanan other place would be 10 free quotes, which is located a stone’s throw from London’s Chinatown. Similar establishments operate in other major UK cities.

“I’m very hopeful that young British-born Chinese will really start to engage,” enthused Leong in a sentiment that was echoed by others. Here’s hoping he is right and that these Chinese whispers become louder.

Jemimah Steinfeld is a freelance journalist currently living in London.