Immigration from Europe – can we make it work in Southampton? Event Tues 10 March

“Immigration from Europe – can we make it work in Southampton?”

Southampton residents born in both Poland and in Britain will come together at an event in Southampton on 10 March, to explore the challenges of immigration and solutions to help make it work.

British-born Southampton residents and Polish migrants to the city will share their experiences of EU migration and discuss how to deal with to its impacts on issues like public services and benefits, culture and identity, and jobs and the local economy.

They will then present their findings at a public event, chaired by Professor Francis Davis of the Southern Policy Centre, with contributions from Rowenna Davis, Labour Party parliamentary candidate, Jan Ward CBE of Corrotherm Ltd and Sunder Katwala, Director of thinktank British Future. 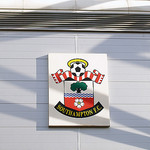 Looking ahead to the event, Sunder Katwala said:

“Immigration from the EU will be a big theme in the general election and beyond, for people in Southampton and all over the country. But the debate often feels far removed from people’s everyday lived experience of immigration – both in terms of the benefits and the pressures that it can bring.

“Immigration debates are too often about ‘them and us’. But we all have an interest, collectively, in finding ways to make it work – whether born in Britain or new to the country.

“Our event brings together Poles and Brits from Southampton to look at some of the challenges and ask what could be done to manage it fairly, for everyone who lives and works in the city.”

The event is funded by a grant from the European Union.