Immigration and the BSA: reaching the ‘pragmatic middle’

A cultural polarisation over attitudes to immigration, according to the authors of the new British Social Attitudes survey chapter on immigration published today, could generate long-term political headaches for politicians who adopt a tough anti-immigration agenda in search of public support, writes Sunder Katwala. 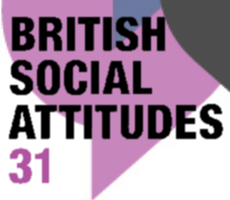 “Responding to the concerns of voters worried about immigration today risks alienating the rising sections of the electorate whose political voice will become steadily louder in elections to come,” say authors Anthony Heath and Rob Ford.

Their BSA report shows that levels of education are a strong predictor of attitudes towards immigration, with an especially stark polarisation between the attitudes of graduates and those with no qualifications.

Sixty percent of those with a degree believe that immigration is beneficial for the economy, and another 16% see it as having neutral impacts, leaving just 22% of graduates who believe that the economic impacts of immigration are negative.

The political dilemma, according to academics Heath and Ford, arises from how short-term and longer-term political pressures pull in opposite directions.

“Although UKIP competition creates a short-term demand for restrictive migration policies, such policies may cause problems in the longer run. Advocating strongly restrictive immigration policies risks alienating the more liberal third of the population – and given constraints on policy and high political distrust, may not convince the most anti-immigration voters anyway. Moreover, long-term demographic change is moving society in the opposite direction, because the most pro-migration social groups – university graduates and professionals – are steadily growing while the most anti-migrant groups – unskilled  manual workers and those with no qualifications – are in sharp decline,” the authors write.

They note that, in 1989, just 7% of BSA respondents were graduates, while 44% had no qualifications. Now graduates (25%) outnumber those without any qualifications (20%), according to the BSA study. It also reports that those whose parents were migrants to Britain see both the cultural and economic impacts of migration as positive, as do Londoners.

The challenge to business

If the BSA study presents dilemmas for politicians, it presents a significant challenge for business advocates of the economic benefits of migration too. The BSA survey presents clear evidence that graduates have been convinced, while those who didn’t go to university have not, leaving the public as a whole sceptical that migration will have a net benefit to Britain’s economy.

Yet both the content and style of economic advocacy about migration – which often focuses on the factual evidence about positive net contributions – remains pitched primarily to the more elite, educated audience which is already onside. A focus on the arguments and messengers who could connect with those who didn’t go to university – engaging their concerns about migration constructively – will be important if business advocates want to preach beyond the converted, and to seek majority public support.

BSA respondents were also asked how long it should be before migrants have full and equal access to the same welfare rights as British citizens.

Most people believe that citizenship is a ‘club’ and that people need to earn entitlements to it. But the BSA findings show that the majority are pragmatic about how this works in practice: only a fairly small niche take a highly restrictive view.

One percent say that migrants should ‘never’ have the same access to welfare as British citizens. Only a minority of around a quarter believe that the qualifying period for full welfare access should be five years or more (18% proposed a five-year wait for EU migrants, and 25% proposed that this would be the right approach for non-EU migrants).

Around one in four (37%) of respondents believe EU migrants should have full and equal access immediately (14%) or after one year (23%). In the BSA findings, most people would see two to three years as fair. Citizenship usually takes five years from those outside the EU, but EU membership constrains governments from discriminating between EU citizens.

This belief, that the willingness to contribute is important, goes with another feature of ‘fair play’ – which is that those who do contribute and play by the rules have to be accepted as fully and equal members of the club.

Public attitudes may not always prove highly responsive to policy changes on immigration, where there is a lack of public knowledge, or low trust about policy. Respondents to the BSA survey were asked whether it was true that “there is a limit on the number of work permits the government issues each year to migrants to Britain coming from outside the EU who want to come and work in Britain. Most of these permits are reserved for those with better qualifications and English language skills.”

Forty-five percent knew this was true, but 42% thought it was false, while 14% didn’t know. Those who were most sceptical about immigration were more likely to give an incorrect answer about work permits.

The BSA report also shows that contact with migrants is associated with more positive, rather than negative views, about the impacts of immigration.

‘While socially marginal groups worry the most about the impact of immigration, those most likely to be directly exposed to migration in their daily lives have much more positive views. Londoners, those with migrant heritage and those with migrant friends (all of whom are more likely to have regular direct contact with migrants) have more positive than negative views about immigration’s effects. The most intensely negative views are found among the oldest voters, and those with no migrant friends,” Heath and Ford conclude.

The challenge for those who seek to make the positive case for immigration – whether they are political parties, business interests, migrants’ rights advocates or universities seeking continuing openness to international students – is to reach beyond these groups who already agree with them and engage the ‘pragmatic middle’ that the BSA survey identifies.

A rejectionist rump would pull up the drawbridge tomorrow. They are unlikely to ever engage with any argument that would still hold some appeal to the growing group who hold liberal attitudes already. Many have found their political home with UKIP, though it remains to be seen how many will stick with Nigel Farage right through to May 2015’s General Election.

The BSA survey echoes existing analysis of public attitudes on immigration. This identifies, sitting between the liberals and rejectionists, a ‘pragmatic middle’ who have reasonable anxieties about the pace of change in Britain and what this means both economically and culturally, but who acknowledge that pulling up the drawbridge is not the answer. It is this group who will accept that migrants can ‘join the club’ and be ‘one of us’ – including accessing the British welfare system – but only if they first show their willingness to play by its rules: working hard and paying taxes, learning English and joining in with the community.

It’s this group that politicians and others need to engage. Like others, they have had enough of ‘tough’ promises that can’t be kept. As the issue of immigration becomes increasingly salient in the lead-up to May 2015, they will listen to those who make a pragmatic offer on immigration, one that acknowledges and engages their worries but which is both principled and achievable.