British Future’s new report ‘How To Talk About Immigration‘ sets out the challenges for all sides when it comes to discussing and regaining trust on one of the most hotly contested issues in British politics.

The pattern of falling trust, in politicians of every party, leads many to assume that the politics of immigration offer an impossible conundrum, one in which the public are assumed to be wholly ‘anti’ migration and whoever talks toughest has the best chance of connecting with them – an assumption that the steady rise of UKIP has done nothing to assuage. 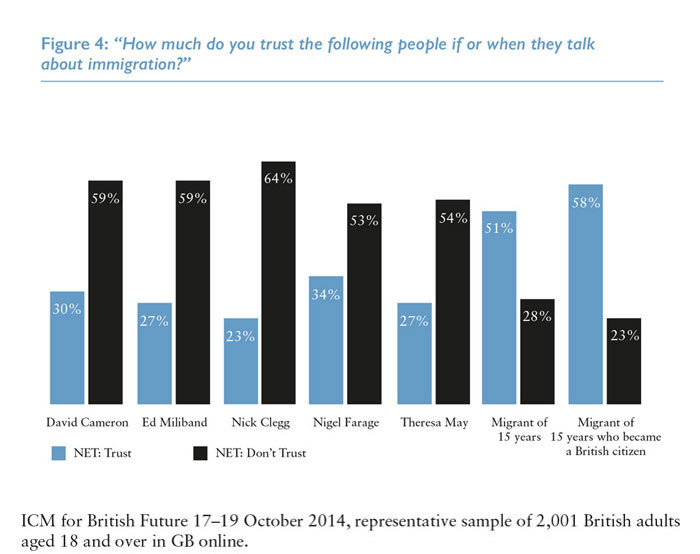 However, while public arguments about immigration are often polarised between ‘pro’ and ‘anti’ voices, our research shows that most people are somewhere in between. They may be frustrated at how immigration has been managed but they hold pragmatic and nuanced views about it: that migration brings both pressures and benefits, and that it works best when we encourage migrants to become fully part of British society.

It highlights pro-migration liberals’ tendency to dismiss public concerns as simply based on misconceptions and myths, or to try to ‘change the subject’ away from immigration altogether. ‘Myth-busting’ exercises can boost the morale of those already onside but they struggle to persuade others and risk actively hardening attitudes against immigration, especially as official migration statistics are widely mistrusted – because people don’t believe the system works. 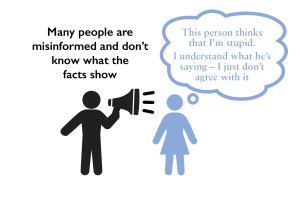 There are challenges, too, for migration sceptics pushing for big cuts in numbers. Sceptics need to move on from “why can’t we talk about immigration?” to showing whether they have a plan, with constructive answers that can work for Britain today. The majority of people want solutions, not divisive rhetoric.

Politicians have found immigration the hardest issue on which to secure public trust. Winning it back, we argue, will require them to place more trust in the public and to give people a greater say in the choices that Britain needs to make. They will find that most responses will be pragmatic, moderate and sensible. If they want to win back some trust, it may be time for the political classes to show a bit more trust in the public.