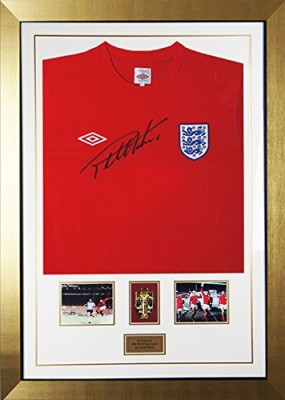 Show your support for England at Euro 2016 this summer and win an England shirt signed by World Cup legend Sir Geoff Hurst!

Everyone who enters will go into a draw to win this amazing piece of England memorabilia, framed with a replica World Cup winners medal and a picture of Hurst in action for England.

#WeAreAllEngland is a new initiative aiming to unite everyone across the nation behind the England team.

Whether you’re a football fan or only tune in for the big England games; whether you’re Scouse or Geordie, from Yorkshire or Cornwall, Arsenal or Tottenham; Labour or Tory, LibDem or UKIP; whether you’re black, white or Asian; Christian or Jewish, Hindu, Sikh or Muslim.

We want to show that England is at its best when we all feel that we can belong to it. 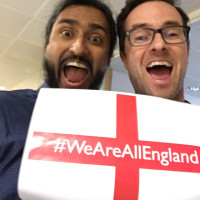 If you don’t have an England shirt, scarf or flag at home don’t worry – we’ve created a downloadable #WeAreAllEngland flag that you can print at home.

This summer, let’s show that #WeAreAllEngland. 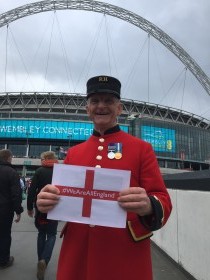 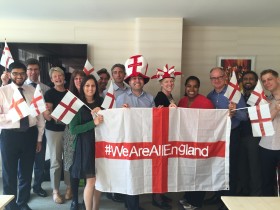 The competition closes at 6pm on 11 July and only entries made before then will be considered. Only entries using the hashtag #WeAreAllEngland, and Facebook pictures tagging the WeAreAllEngland facebook page will be considered. The winner will be drawn at random and the decision is final. There is one prize, a framed 1966 replica World Cup shirt signed by Sir Geoff Hurst. The prize is non-transferable and there is no cash alternative. The prizewinner will be notified on the social media channel used to post the winning picture and their name will be available on request from info@britishfuture.org.  The prizewinner agrees to the use of their name and entry in publicity concerning the competition. No purchase is necessary to enter the competition.