With a year to go until the 2015 general election, new YouGov research for British Future explores why two million potential first-time voters won’t cast their vote next May, writes Steve Ballinger. 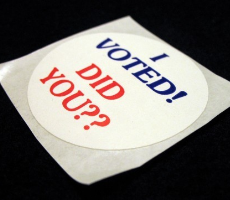 The report, Voice of a Generation: What do 2015’s first-time voters think?, reveals a new generation of potential voters who feel that politicians don’t listen to them and don’t understand the issues that matter most to them.

It comes as we launch an exciting new joint project with the Daily Mirror newspaper. In partnership with British Future, the Mirror has recruited 18-year-old Helen Whitehouse from Barnsley in Yorkshire to be its ‘Voice of a Generation’ reporter. Helen will spend the next 12 months, as we approach the 2015 general election, investigating and reporting on the issues that matter most to Britain’s young people.

While our survey finds that they share many of the political concerns of the rest of the population – about the economy and jobs, housing and education, for example – young people have little faith in a political elite which, they feel, pays more attention to big business (59%), pensioners (17%), homeowners (11%) and even celebrities (10%) than to young people. Only 4% of 17-21 year olds feel that politicians pay most attention to them.

When we asked young people whether politicians understand the issues that are most important to them, the results showed how distant the Westminster village appears to many young voters. Fifty-eight percent say that neither Prime Minister David Cameron nor his deputy Nick Clegg understand the issues that they care most about, with Nigel Farage on 56%. Ed Miliband comes out on top with only 46% saying he doesn’t understand their concerns, still more than the 32% who think he does.

This disaffection may explain why only 41% of eligible first-time voters say they will definitely vote in the general election, compared to three-quarters of those aged over 60.

Most of those who say they will vote choose the Labour Party (40%) over the Conservatives (25%) or UKIP (12%), with the Liberal Democrats struggling for support at just 5%, below the Greens on 9%.

The report sends a clear message to political leaders, who must reach out to young people with policies and arguments that appeal to them.

But it also presents a challenge to young people themselves. Politicians are far less likely to pay attention to a group that will not vote than those, like the over-60s, who will turn up in force at polling stations next May. Yet with the polls predicting a close-run election in 2015, first-time voters could make all the difference – if they turn up.

Steve Ballinger is the head of communications for British Future.

"Brexit: UK to ban more EU citizens with criminal records https://t.co/WGSTHanOEP"
"RT @captaintommoore: I’m proud to be collaborating with @CadburyUK @age_uk encouraging everyone to #DonateYourWords and start a conversatio…"
"'Forgotten Sacrifice: How can we Remember the Black and Asian soldiers of the Second World War?' #RememberTogether… https://t.co/K7SDd5U8k2"
"RT @Coventry2021: Today, we're excited to announce the first events that will form part of the 365-day programme of UK City of Culture 2021…"