The final Farage paradox: is it the pro-Europeans who will miss him?

Sunder Katwala reflects on last night’s results for UKIP, the resignation of its leader Nigel Farage and some surprising implications for the debate on Britain’s membership of the EU.

Were you still up for Nigel Farage? Since Thanet South did not declare until 10.40am on Friday morning, much of Britain was back at work by the time the Ukip leader took to the microphone to declare himself professionally disappointed, but personally liberated by his election defeat.

He has kept his promise to resign, while not ruling out running again for his own job. Other candidates, though,  will have the chance to offer a vision of a post-Farage Ukip. Suzanne Evans, the deputy leader responsible for a considerably more contentful manifesto than the party’s critics had anticipated, may believe she can extend the party’s appeal. Paul Nuttall could present himself as the man to build Ukip’s northern appeal. And while Douglas Carswell has been very clear that he would not want to lead a party, immigration spokesman Steven Woolfe could prove a strong voice for a UKIP at ease with modern Britain.  It would perhaps be surprising should it turn out to be UKIP who leapfrogged Labour and the Tories to become the first British political party to have a non-white leader, but Woolfe’s mixed race heritage is no barrier to his chances of being selected by his fellow party members. 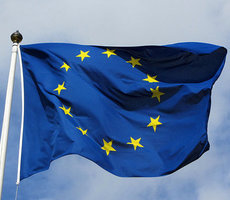 It was undoubtedly a disappointing night for Ukip.  The party had talked about the sky being the limit after the 2014 European Elections, speculating that they could win a dozen or two seats, and had gone into the election campaign believing there were half a dozen realistic targets.

Yet Douglas Carswell in Clacton is now the only UKIP MP. Farage’s defeat in South Thanet will naturally capture the headlines, yet the loss of Mark Reckless may prove just as important. The twin defections of Carswell and Reckless allowed Ukip to set the political agenda last Autumn, especially because they took the risk of fighting by-elections under their new party colours. Future defections will be much more difficult now. Farage had talked about winning more defections if it didn’t get the sort of referendum that it wanted – but the fate of ex-MP Reckless will surely prove a powerful deterrent.
.

Ukip will point out that it got a very poor return on 12% of the vote – almost 3.5 million votes – and may forge some broad alliances with the Green party and the Liberal Democrat rump on the issue of electoral reform.

But the 2015 campaign proved very difficult for the party. The dilemma was that UKIP’s national profile depended on deliberately being a polarising voice, such as when Farage chose to focus on HIV positive migrants when the leaders’ debate discussed challenges facing the NHS. That approach may help keep the UKIP vote share above 10%, through it’s appeal to the hardcore party support, but in constituencies where UKIP needed at least a third of the vote, even in three-cornered contests, that appeal to the most ardent Ukippers was not enough.

The gender gap – with women consistently more sceptical about the new outsider party than men – put Thanet South beyond
reach too. Throughout the campaign, Farage was ahead with men but behind with women. Even in a three-way fight, he could muster only 32%.  UKIP does mobilise supporters, but it mobilises opponents too.

Perhaps there will be a couple of champagne corks being popped, discreetly, in Brussels. But perhaps the pro-Europeans should be worrying rather more about losing an unusual asset.

The polling evidence on the in/out question over the last couple of years is pretty clear. UKIP’s marmite appeal has done rather more for the cause of keeping Britain in Europe than Nick Clegg or Tony Blair.

The purple pitch of the Farage era will always leave the ‘out’ camp well short of a majority in a referendum, where those who don’t know or care too much about Europe need to be persuaded to jump one way or the other. Those ‘EU uncertains’ might not be sure about what they think of the EU, but enough were sure that they didn’t like UKIP to sway the vote in the ‘in’ camp’s favour.

So perhaps the loss of Farage is an opportunity for the Eurosceptics to appeal well beyond the committed ‘out’ group, who have been waiting for a referendum ever since they lost the last one four decades ago, and to attempt an appeal to modern Britain.

Or perhaps Nigel Farage will decide, this summer, that it needs to remain his cause, and his party, after all.