Back EU referendum to secure public trust on immigration 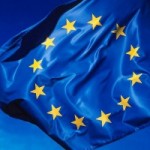 As the British body politic recovers from its brush with the near-break up of one 300 year old relationship, writes Matthew Rhodes, the attention of the main political parties must now turn to Britain’s more recent “union”, that with Europe.

Europe is a challenge for all of the main Westminster parties, particularly as in the public’s minds it has now become inextricably linked with the hottest potato of all, immigration.

It is often said that we have no choice about migration from the European Union under free movement rules. Yet that isn’t quite true. It is our decision whether to stay in the EU or not. If we choose to remain in the club, then we have to play by its rules – including those on free movement.

Giving the public a choice on Britain’s membership of the European Union, then, is key to securing public ownership of the choices Britain makes about immigration. It is difficult to see any way to do so without biting the bullet and backing an in/out referendum.

While this is currently a position promoted by UKIP and the Conservative party, together with a minority of Liberal Democrat and Labour voices, broadening support across the party political spectrum on the case for a decisive referendum could help to ensure that the issue is actually put to the public.

Of all the main parties Labour has been the slowest to recognise this, at least in part because of its recent history on the issue of EU free movement. The half-million Poles that moved to Britain during the last government has become a stick for others to beat them with.

The Labour leadership has been making some of the right moves on immigration by engaging people’s concerns about contribution, low wages and getting a grip on the system. Yet it is now clear that the only way Labour will regain public trust on the issue is to offer the British people a referendum on EU membership.

As Labour gathers for its last annual conference before the General Election in Manchester this week, new polling by YouGov for British Future finds that most people (57%) support a referendum on Britain’s EU membership, with only 23% opposed.  Importantly for Ed Miliband, more Labour supporters (45%) are in favour of a referendum than against (36%).

People are dismissive of the reasons offered for not holding a vote. Most people (52%) say that politicians who don’t support one do so because they think it wouldn’t give the result that they want. Forty-six per cent of Labour supporters also hold this view, despite this being their party’s policy.

For Ed Miliband, gearing up for a general election in which immigration will be one of the key issues, this is a problem. Until Labour addresses the elephant in the room, free movement and membership of the EU, people will still think they’re running away from the big issue.

In a publication this autumn British Future will emphasise the imperative on all parties to work to restore public trust on immigration.  It must be a priority for all the main parties ahead of the general election.

Nigel Farage – much like Alex Salmond – has already made hay with the disjoint between the ‘Westminster elite’ and the worries of ordinary people who feel they’re not listened to.  Despite its name, UKIP is fundamentally an English phenomenon, and after the Scottish result it will seek to tap into English grievances about fair representation, as a further lever to argue that the main parties do not understand the public’s most pressing concerns with issues like immigration.

Labour needs to address the Europe issue head on, so that it can move on. By setting out the options available and the benefits and costs of EU membership, giving people a real choice, Labour could avoid being shut out of the conversation.

The recent experience of Scotland’s independence referendum will make many Westminster politicians reluctant to go near another one for a while, at least until they’ve got their breath back. But the sheer depth and breadth of political engagement it engendered, with people right across Scotland debating and agonizing over which way to vote, showed that referenda do offer an effective way to settle decisively the big questions of politics. That makes the case for giving people a choice on EU membership harder still to ignore.

Party leaders still sweating from the white-knuckle ride of the last two weeks may be wary of handing decision-making power back to the electorate in another referendum. But without one they will struggle to convince a sceptical public that they are serious about engaging with their concerns over the impacts of immigration.

Ultimately if politicians want voters to trust them, they’re going to have to show a bit more trust in the voters.  That is a challenge not just for Labour, but for all of Westminster.

Matthew Rhodes is Director of Strategy for British Future