Why speaking English matters – for everyone 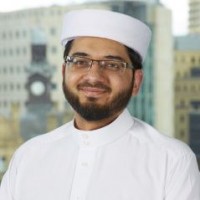 I was showing an unusual visitor round Leeds Makkah Mosque, where I am the Imam, this week – the Prime Minister, writes new British Future trustee Qari Asim.

He chose his visit as an opportunity to talk about English language and integration – specifically calling for greater efforts towards the integration of Muslim women in Britain.

He suggested that a better command of the English language among Muslim women could make communities “more resilient” to radical ideologies and better equipped to resist the narratives espoused by the likes of Daesh.

In setting out his vision for integration, the Prime Minister focused on three areas – areas which I believe most people, including most British Muslims, will agree are important foundations for integration:

-that speaking English holds the key to successful integration, helping people from different communities to engage with each other and unlocking better economic opportunities;

– that where women in our society are disempowered we must do more to empower them to have a greater share of voice.

– and that extremism is a threat to us all and we have a shared responsibility to tackle it and root it out.

The Prime Minister himself has shown commitment to engaging with the Muslim community, and during his visit I had an open and honest discussion with him and with Louise Casey, who is leading the government’s new integration review. We talked about the challenges faced by the Muslim community and the lack of engagement by the government with British Muslims on issues of concern to them. He spoke to groups of Muslim women and sought their views on ways in which those currently on the fringes of full social engagement could be brought firmly within its folds.

Few would disagree that speaking English holds the key to successful integration, helping people from different communities to engage with each other. A solid command of the language is central to unlocking better social and economic opportunities; without it, individuals may be less employable and therefore less able to have any kind of independent financial standing. To that end, any initiative to help improve the language skills of migrants is to be welcomed.

The rules, however, need to be fair and the policies applicable to all. Muslim women who are unable to speak English are no more of a hindrance to integration than women of Polish, Romanian or other backgrounds who move to Britain. They should not be treated any differently.

Similarly, it is not only Muslim women who are disempowered. Whether women are Muslim, from another faith or of no faith at all, more must be done to empower them to have a greater share of voice. Unfortunately, the subjugation of women is a feature of many cultures and societies; it is by no means an issue exclusive to the Muslim community in Britain or anywhere else in the world. Where such suppression exists, it needs to be identified and tackled at the grass roots level.

The number of Muslim women who speak little English is, in any event, small. Around a third of the Muslim population is under the age of 25, born and bred in this country with English as their mother tongue. A couple of decades ago, they may not have been as fluent in English as the current generation of women – but they still shared British values: respect for the rule of law, democracy, justice, giving and caring. They made considerable sacrifices to educate their children and make them proud British citizens, who contributed to British society.

Perhaps the younger generation of Muslims do not feel the same sense of belonging. It is this issue that requires further study and investment. This will be key to tackling homegrown extremism and prevention of online radicalisation. But I believe it is a mistake to draw a link, however remotely, between Muslim mothers with a poor command of the English language and homegrown extremism.

This new announcement has the potential to leave the very group it seeks to help even more vulnerable. Singling out Muslim women and linking their situation with home grown extremism may only serve to alienate and isolate sections of the Muslim community, playing into the hands of those – on both sides – who want to create division within our shared society.

Muslims have suffered considerably as a result of the rise of extremism, particularly in terms of the number of lives lost around the world but also through the rise in anti-Muslim hatred. The foul and divisive views of extremists will only be defeated through us working together, with mutual co-operation between Muslim and non-Muslim citizens, and with government agencies too. This in turn can only be achieved through the parties trusting and respecting each others’ views. Extremism is a threat to us all and we have a shared responsibility to tackle it and root it out.

British Future trustee Qari Muhammad Asim MBE is chief Imam at Leeds’ Makkah mosque and a senior lawyer at global law firm, DLA Piper. He is the only Imam in country who leads daily prayers at the mosque and also works full-time in the corporate world.

Qari is an independent member of the Government’s Anti-Muslim Hatred working group, senior editor of ImamsOnline, a platform promoting mainstream Islamic voices and combating online radicalisation, and an advisor to the Mosques & Imams National Advisory Board (MINAB) and an executive member of the British Muslim Forum.