May vs Osborne – which Conservative future on immigration?

Commentators and Conservatives alike have already started to look to the future following the General Election victory in May, writes Steve Ballinger, with a ConHome poll finding Chancellor George Osborne currently leading a long field of potential runners and riders to succeed David Cameron when he steps down later in this Parliament.

Whoever crosses the line in first place, one of the first questions they face will be to establish what the 2020 Conservative manifesto should say about an issue that remains in the headlines and front-of-mind for many voters – immigration.

The Conservatives did not win the 2015 election on immigration. As British Future’s recent report “The Politics of immigration” sets out, the party went quiet on the issue during the campaign, having fallen behind Labour on the issue and fearing that any focus on it would only add fuel to the fires of the UKIP insurgency. 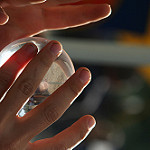 Yet it is an issue that will not go away. The challenge of creating a practicable, politically viable and intellectually coherent centre-right politics of immigration will be an important one for any future Conservative leader.

It will be difficult to stick with the ‘tens of thousands’ pledge on net migration without a coherent, long-term plan to meet it and some evidence that the plan is working. Quarterly reminders that the government can’t do what it promised have eroded public trust in the government’s ability to get a grip and will only continue to do so.

What would a politically viable exit strategy from the current target look like? That the net migration pledge was repeated, despite considerable scepticism inside as well as outside government about its practicability, showed that insufficient energy, time and political capital has gone into exploring this question. That probably can’t be avoided this time around. It may well make sense – both in terms of the substantive policy content, and as a matter of political sequencing too – to address the question fully once the result of the EU referendum is known.

It will then surely become a challenge that candidates for the next Conservative leadership contest will have to address. As that party contest will also have the task of choosing the country’s next Prime Minister, candidates will have to engage MPs and the party selectorate with the case they will want to make to the country in 2020.

That will be an intriguing political contest. It seems likely to set the current Home Secretary, the vocal champion of the current policy – and a tougher regime to meet it – against rival candidates who have, rather more quietly, taken a different view on key policy questions such as EU free movement, international students and skilled migration.

The challenge to Home Secretary Theresa May would be to set out a credible case that the current target could be combined with a practicable, politically and economically viable agenda which could credibly pursue the current target, or perhaps a modified version of it. Today at conference she underlined what she sees as the pressures brought by immigration – but no long-term plan to meet her target to reduce it. Measures to reduce asylum applications will make only the tiniest dent on net migration, which would still have been at 300,000 last year even if Britain had received no asylum applications whatsoever.

Other candidates, most notably the current favourite, Chancellor of the Exchequer George Osborne, and possible candidates such as London Mayor Boris Johnson, Business Secretary Sajid Javid, or backbench contenders such as Owen Paterson or Liam Fox, have all in different ways taken a somewhat more liberal approach to immigration policy. They will be weighing-up whether and how they can make an attractive political case for an alternative that both the party and the country would support.

It remains to be seen whether these potential candidates to lead the country will find the confidence to set it out – or whether they will believe that the ‘safety first’ option in a party contest is to converge on a position similar to that of Theresa May. But that is not a challenge that should be confined to the leadership candidates. Whether they have the political space to do so may also depend on how other opinion formers help to create it, allowing them to define a modern centre-right approach to the policy and political challenges of immigration.

This Conservative government is, politically, in a much stronger position than anybody would have anticipated ahead of an uncertain General Election. Its surprise majority victory, combined with political convulsions affecting its main political opponents, could give the Conservatives a significant opportunity to reshape the centre ground of British politics. Conservative politicians and thinkers have shown a good deal of confidence when it comes to the economy, to work and welfare, and to public services. The 2015 campaign showed that the modern right demonstrates much less confidence when it comes to immigration. The current net migration target was founded on the belief that the Government could offer a return to the ‘normal’ levels of net migration of the early 1990s, but that has not proved possible. Immigration remains the area on which the centre-right has perhaps most work to do on what its future political and policy offer should be.

British Future hosts ‘Has Britain got enough talent?’ a roundtable seminar, on Wednesday from 8am (By invitation only – contact British Future for more details).