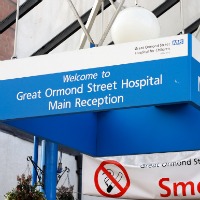 January often heralds a couple of weeks of absent mindedly getting the year wrong, but it has been easier than usual to remember that it is not 2012 anymore. 2013 feels like an altogether more ordinary year, after the exuberance of the Olympics, as attention returns to the long slog through the economic crunch, writes Sunder Katwala.

Yet it turns out that the national events of 2012, gently satirised as the year of the “Jubilympics”, do not represent the main sources of national pride in Britain.

The NHS beat both the monarchy and the Olympics to take gold in the patriotism stakes, as Ipsos-Mori’s polling for British Future’s new State of the Nation 2013 report, published today, shows. The army ranked second, when pollsters asked people which institutions made people proudest to be British, with Team GB taking bronze, nudging the royals off the podium altogether.

The NHS was most popular with Britons from all backgrounds, being top for both white and non-white Britons, and across social classes, though the oldest segment of the population put the monarchy first, and the under-24s the army.

Seventy two per cent of people declared the NHS to be “a symbol of what is great about Britain and we must do everything we can to maintain it” while one in five (21 per cent) saw it as “a great project for its time, but we probably can not maintain its current form”.

Firstly, the NHS fully merited its place in Danny Boyle’s Olympic opening ceremony. While attitudes on the performance of the NHS have fluctuated a great deal – affected by events, funding and political controversies –  commitment to its founding principles has remained remarkably consistent.

Secondly, there is a message for politicians here too. Politicians or wonks who want a radical overhaul of the NHS often express frustration at the level of public sentiment behind it, reflected in Nigel Lawson’s famous rueful description of the NHS as “the closest thing the English have to a religion”. The debate has echoes of that over the monarchy, with many of the roles reversed, as liberal-left defenders draw on a reservoir of symbolic sentiment, while right-of-centre wonks mutter about the difficulty of breaking through with a “rational debate” given the resonance of that frame.

The poll shows why it made a lot of sense for David Cameron to seek to define himself, in opposition, as a champion of the NHS, though the polarised controversy over the motives and outcomes of the coalition’s NHS reforms made that a deeply contested question. The breadth of support for the NHS as a symbol in this poll underlines the lesson that support for change to the NHS depends on securing trust about motivation and intention. Any reform, from whatever political perspective, will have a chance of public support if changes are understood to be upholding the core NHS principles. They will be treated with suspicion if thought to be subverting them.  Those who want to change the NHS may need to learn to love it first.

But if the NHS represents a now deeply entrenched fairness ideal – that healthcare should not depend on the ability to pay – I suspect the strength of attachment to the NHS goes well beyond the politics of healthcare, and is much more personal, reflecting its presence on some of the most important days of our lives.

I am a child of the NHS. I feel a particular connection to it because I wouldn’t exist without it.  I was born in a hospital, the Doncaster Royal Infirmary, in spring 1974, under the care of the NHS, because my parents, born 4,000 miles apart in Guajarat, India and Cork, Ireland, had both come to this country to work for the NHS. That is also the everyday story of how our most cherished national institution has always depended on immigration, and integration, to be able to offer its public service.

But my main memories of the NHS are that its hospitals are also where my children were born. It is where we have the serenity of knowing that we can go – once or twice on an  adventure to drive out to see the “night doctor” in the middle of the night – to check everything is OK. We cherish the NHS because it turns the idea of “cradle to grave” from a metaphor into a reality.

The only cloud on the horizon was a dip in support among the under-24s, who placed the army ahead of the NHS as a source of pride. That reflects a broader inter-generational erosion of support for ideas of welfare and social solidarity more generally, set out in Ipsos-Mori’s work on attitudes shifts across generations.

There will be wide support for celebrating the 65th birthday of the NHS this year – but it may be an open question whether the moment could be used to extend its appeal for several more generations to come.

This article was originally published in the New Statesman.