The themes of community and trust dominated the Bittersweet Britain: What unites & what divides us debate, held on 22nd January on London’s HMS Belfast to mark British Future’s first birthday and the launch of its State of the Nation 2013 report, writes Richard Miranda.

Moderated by journalist Mary Riddell, a diverse group of people came together to discuss the future of Britain in 2013. The result was an even split between optimists and pessimists, although both sides largely agreed that the future is positive in spite of significant challenges. 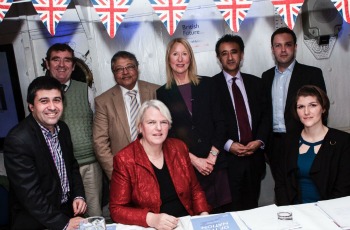 We need “a much more nuanced discussion about contribution [to] make people realise what people are putting in,” argued Matthew Oakley, head of economics and social policy at Policy Exchange, on the topic of state benefits. According to Oakley, correcting misinformation about how many shirkers there actually are is vital to ensure that it does not become an increasingly divisive issue.

Meanwhile Shamit Saggar, professor of Political Science at the University of Sussex, argued that the reason such a negative view of immigration exists is due to a perception of a lack of control over it, coupled with a perceived lack of competence among the political classes of Britain.

Jessica Walker, who is currently a member of the Leadership Programme at UpRising, also spoke of her experiences trying to find employment in a difficult job market and the importance of nurturing young talent.

The optimistic side of the panel represented the top three national institutions that the British public take pride in – the NHS, the armed forces and Team GB. With anxieties over government changes to the NHS, continuing criticism over the British role in foreign conflicts and the Olympics now being a thing of the past, their future places in the hearts of the British public are far from secure, they felt.

It is therefore critical at present to reiterate the original values that the NHS was founded upon, explained Dr. Linda Patterson, clinical vice-president of the Royal College of Physicians. Conversely, retired army officer Major General Tim Cross CBE and sports journalist Mihir Bose spoke of the need for increased efforts to foster a sense of community in Britain. For Cross, this involves trying to bring the sense of community that the military produces among its ranks to the general public.

The lively debate was followed by drinks and cake.