Analyse this: As British as fish and chips?

As an island nation, Britain has always attracted migrants. Historically they came in the name of invasion, but for centuries they have also come to make Britain their home and with them have made great contributions. As events take place across the UK to celebrate Refugee Week, new polling conducted by Britain Thinks suggests that people, whether able to trace their British ancestry back several generations or relative newcomers, value the contribution of migrants, and in particular refugees. 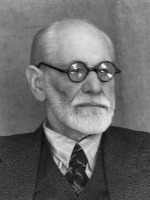 Interestingly, those polled placed greater value on those who had made scientific or technological advances than those from the creative industries or sport. Sigmund Freud, dubbed by many as the father of psychoanalysis, was named as the refugee who has made the most significant contribution to British life, beating Nobel Prize-winning physicist Max Born, who escaped antisemitism, and Les Miserables author Victor Hugo, who fled France, into second and third places respectively.

Meanwhile, radar, invented by another refugee from Nazi Germany, Sir Hermann Bondi, roundly beat that great British symbol fish and chips as the invention by a refugee that has contributed most to British life. Even high street stalwart Marks & Spencer could only manage third place.

The poll also found that people would like Britain’s role as a haven from persecution, now and historically, to be taught in schools. With the debate on immigration rarely far from the front pages, contextualising migration in this way can only help to aid understanding.

Full details of the Refugee Week polling and nationwide events can be found at www.refugeeweek.org.uk.