100 days out, public gives ‘thumbs down’ to all election contenders

What if they threw an election and nobody won? Overall, the British public think that ‘none of the above’ could well be the most appropriate outcome to the most unpredictable General Election for forty years. 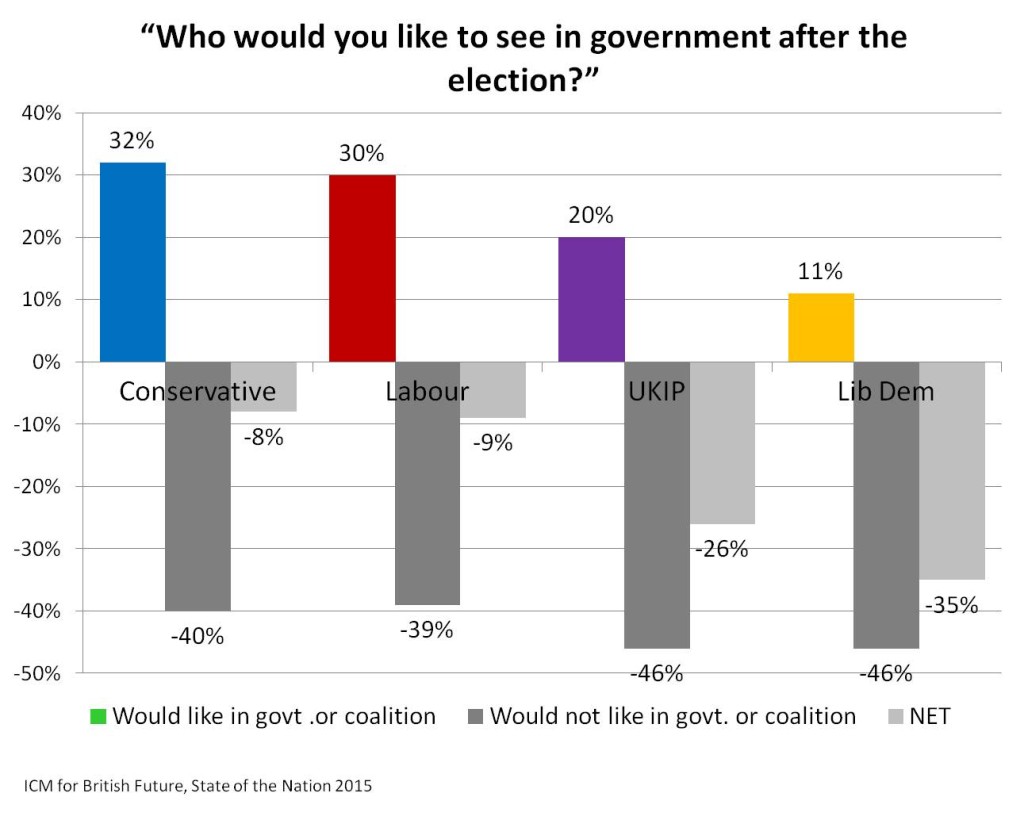 Every party gets a net ‘thumbs down’ verdict when the public are asked whether they would like to see them as part of the next government, or not.

Our ‘wisdom of crowds’ approach to political crystal ball-gazing in the State of the Nation 2015 ICM poll finds that once the votes have been cast and counted, most people in Britain anticipate that the Conservative Party will still be in government. 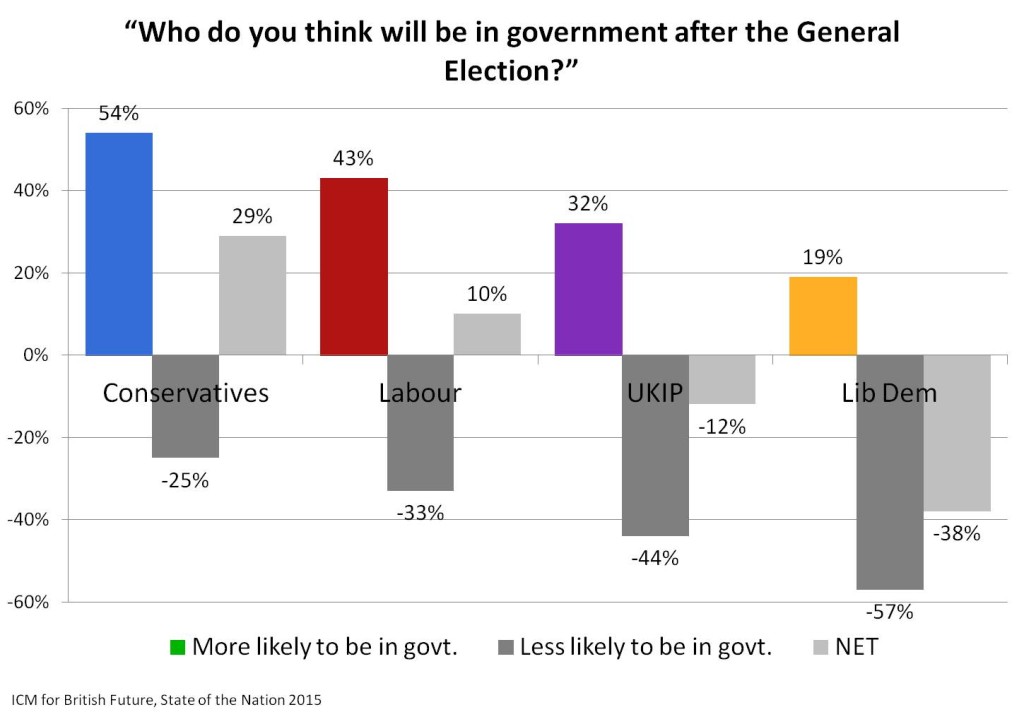 Across the demographic groups in the survey, only ethnic minority respondents thought that Labour was more likely to be in the next government than the Conservatives, and then only by a slim margin, while Scottish and Welsh respondents found the outcome on more of a knife edge than the English.

Despite the Conservatives seeing strong leadership as one of their primary selling points at the election, respondents were far less confident about the likelihood of David Cameron emerging as Prime Minister than about predicting a second successive Conservative government. 35% predict that Cameron will be the occupant of 10 Downing Street after the election, while only 21% are picturing Ed Miliband outside the famous black door. Reflecting wider uncertainty about the result, a third of people (30%) don’t feel they can make a Prime Ministerial prediction.

Dig a little deeper, however, and the image of an apathetic country, equally indifferent to the election choices on offer, starts to erode.

Many people are passionate about the election choices available – just over half of the country is already 100% certain about how they will vote in May – but in quite different ways. They each make up a series of minority electoral tribes.

What is most striking about “the partisans”, of all political colours, is their sense of conviction that enough people will share their views to make a decisive impact on the election.

55% of Labour voters believe Ed Miliband will make it to Downing Street, rising to 65% among those who say they are certain to vote Labour. 79% of ‘definite’ Conservatives expect David Cameron to be Prime Minister – and 93% think the Conservatives will be in government. 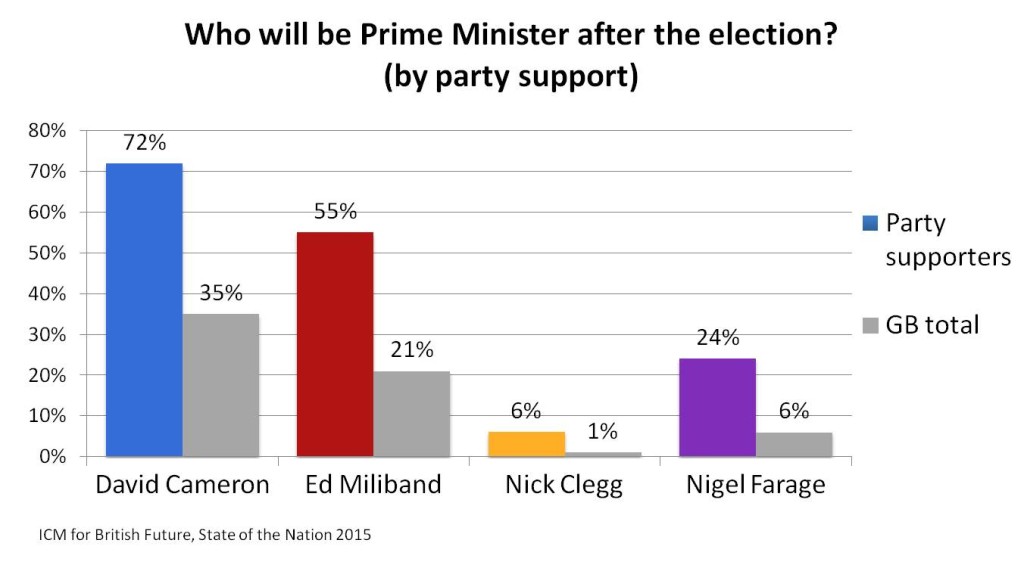 Of the ‘definitely UKIP’ voters that make up a tenth of the electorate, one in three (35%) predict we will see Prime Minister Farage after May’s election, while most (78%) believe that UKIP will be in the government.

Liberal Democrats are more realistic than Ukippers: just 6% of Lib Dem voters think Nick Clegg will be the next Prime Minister. Yet half of the small band of committed Lib Dems believe their party will do well enough to be needed in the government again.

The mood of the 2015 election will largely be set by this contrast between the certainties of the partisan tribes and the uncertainties of the wider electorate. The hardest thing for these partisans may be to understand why the voters who they need to persuade don’t already see the world as they do.